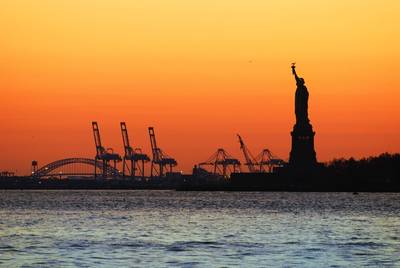 The Port of New York and New Jersey has held onto the title as the United States’ busiest container port for a fourth consecutive month.

In recent months, U.S. East Coast ports have reported elevated container volumes as trade diverts from the U.S. West Coast where shippers have been hindered by labor disputes and logistics bottlenecks.

The Port of New York and New Jersey, which surpassed the Port Los Angeles as the nation’s busiest in August, said it moved 723,069 TEUs (twenty-foot equivalent units) in November 2022, an increase of 20.6% compared to November 2019.

However, compared to the 792,548 TEUs handled by the port in October, November 2022 cargo activity at the seaport fell by 8.6% as the seasonal peak of activity associated with incoming holiday merchandise ended, the port said.