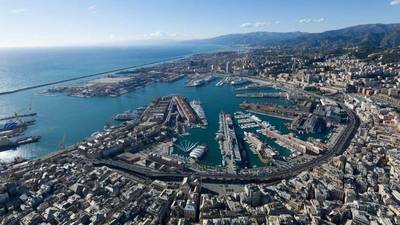 Notwithstanding the tragic incidents of the Morandi Bridge collapse and October’s violent sea storm, cargo throughput remains stable at the Ports of Genoa, Italy.

Now a key priority is the implementation of the emergency measures mobilised by Parliament to return to growth, said the busiest port of Italy by cargo tonnage.

The collapse of the Morandi Bridge in Genoa on 14 August 2018 and the damage wreaked by the violent sea storm on 29 October in the Port of Savona have had severe repercussions on the entire port cluster and are set to continue to have an impact  in the medium term.

Within this framework, after a long period of growth, the Port of Genoa has suffered a slowdown in certain commodity sectors. Although the ports of the Western Ligurian Sea Port Authority reported a total of 70.3 million tons of cargo in 2018, a +1.7% rise on the previous year, it is important to note that in the first 7 months of the year, the Ports of Genoa (Genoa – Prà – Savona – Vado) had registered a 4.3% growth rate in terms of total tonnage.

The passenger sector continued to perform strongly in 2018. The Ports of Genoa handled over 1.9 million cruise passengers, a +4.5% rise on the previous year,  and consolidate their leadership in the cruise port industry, second-ranking in Italy and third in the Mediterranean.

Although the tragic incidents of 2018 did not seem to impact on the upward trend in the Ports of Genoa cruise passenger sector, ferries suffered a slight setback: a slowdown of -0.5% for a total of 2,432,666 ferry passengers.

The President of the Western Ligurian Sea Port Authority, Paolo Emilio Signorini, commented: “The lack of growth reported by the Ports of Genoa in 2018 is a departure from the targets and goals set by our overall development strategies.  In the immediate  future, port activities will continue to feel the effects of the tragic incidents of the previous year, with the outlook for 2019 indicating that trade is due to remain stable."

"However, we are working together with the Liguria Region, the City of Genoa and Central Government to implement the provisions passed by the Italian Parliament in the aftermath of the collapse of the Morandi Bridge, in compliance with the Law of Stability for 2019,   to return rapidly to a path of growth, in line with the potential and the rightful ambitions of our Port Authority,” he added.