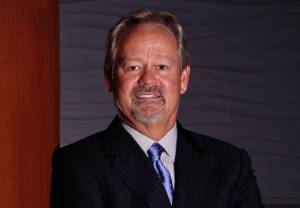 J. Ray McDermott, S.A. (J. Ray) announced the appointment of Stephen M. Johnson as President and Chief Executive Officer of J. Ray, effective January 1, 2010.  Johnson is the current President and Chief Operating Officer of McDermott International, Inc.  (McDermott), J. Ray’s parent company.  He succeeds Robert A. Deason, who, as previously announced, will retire at the end of the year.

Separately, McDermott announced that it plans to separate its operating subsidiaries, The Babcock & Wilcox Company (B&W) and J. Ray, into two independent, publicly traded companies.  Following completion of the separation, McDermott intends to be renamed J. Ray McDermott, S.A., and McDermott shareholders will own 100 percent of two separate companies: B&W and J. Ray.  Johnson will continue to serve as President and CEO of the newly independent J. Ray and will join the company’s Board of Directors.

Johnson has served as President and Chief Operating Officer of McDermott since April 2009, with primary responsibility for directing the day-to-day operations of the company and its operating subsidiaries, including J. Ray.  He has over 35 years of experience in the engineering and construction industry.  Previously, Johnson served as Senior Executive Vice President and Member, Office of the Chairman at Washington Group International (WGI), prior to its sale to URS Corporation.  In this role, he was an integral member of the WGI-team responsible for that company’s overall strategic direction, operations and financial results.  Prior to joining WGI in 2001, Johnson spent 28 years with Fluor Corporation.  Johnson earned a Bachelor of Science degree in engineering from Texas A&M University in 1973, and is a licensed Professional Engineer in the state of Texas.  He also completed executive education in management and finance at Duke University.