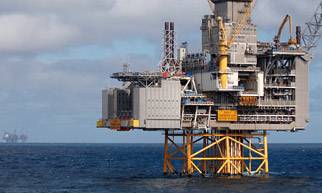 Katla, one of the four projects to be given fast-track status, will be developed as a satellite of Oseberg Sør. (Photo: Helge Hansen)

“Our ambition on certain fields on the Norwegian continental shelf is to halve the time from discovery to production,” said Ståle Tungesvik, head of reserves and business development in Statoil.

Speeding up the development time is an important way of realizing Statoil’s objective of maintaining oil and gas production on the Norwegian continental shelf at the current level.  Three of four discoveries made since 2007 have been classified as small. Nine out of ten development candidates are likely to be developed with one seabed template and several wells.

“If we are going to be able to realize profitable developments such projects demand a different approach to that on major fields. By rationalizing time and resources and by using standard equipment, Statoil will reduce the norm time for simple developments from about five to two and a half years,” said Tungesvik.

The goal is to reduce development costs for the projects in question by 20-40% compared with current levels. Statoil has identified four projects to be given fast-track status. The four projects contain recoverable reserves that have been estimated at more than 140 million boe.

The new methodology involves a greater degree of standardisation in the way the company develops fields and Statoil will now establish a catalogue listing the standard equipment to be used.