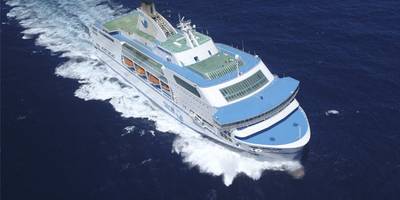 France-Corsica ferry operator SNCM will file for court protection next week, a source close to the company told Reuters on Wednesday, which will clear the way for its shareholder Veolia to restructure its transport division.

Water and waste firm Veolia and the French state, which together control SNCM, have said court protection from creditors is the only way to shield the loss-making ferry operator from two separate European Union state aid repayment claims totalling 440 million euros.

Public passenger transport firm Transdev, a joint venture between Veolia and French state bank CDC, owns 66 percent of SNCM and is set to put it under court protection next week. Following a 17-day strike in June-July, Transdev had promised unions not to take the court route before the end of October.

"Transdev will surely put SNCM under court protection next week," a source familiar with the company told Reuters.

A second source, who also declined to be identified, said Transdev could move as early as Monday.

SNCM said in a statement on Wednesday that a new meeting with unions set for Nov. 18 would not extend the moratorium on seeking court protection and called on unions not to strike.

Once the firm goes under court protection, a new shareholder could buy some of SNCM's eight ferries and continue operations under a new legal structure, with some 800 to 1200 of SNCM's more than 2,000 staff, according to a management plan outlined to unions earlier this month.

The core Marseille-Corsica ferry line, which is subsidised by the state, and two lines to North Africa could continue. But other crossings from Nice and Toulon to Corsica and Sardinia would probably be abandoned, according to the plan.

In May, U.S.-Mexico ferry operator Baja Ferries said it was in talks with Transdev about buying its stake in SNCM. Like other interested parties, the firm wants to be shielded from the EU aid repayment claims, which is only possible if SNCM ceases to exist under its current legal structure.

Insiders say another possible acquirer for part of SNCM's activities is smaller competitor La Meridionale, which also operates a subsidised Marseille-Corsica ferry and is part of cold-transport group STEF.

For Veolia, a sale of SNCM would clear the way to unwinding its Transdev joint venture with CDC, as transport is no longer considered a core business for the water, waste and energy services group.

CDC had agreed to take over part of Veolia's Transdev stake in 2012, but did not want to take over SNCM. That deal lapsed, but Veolia CEO Antoine Frerot said in August that as soon as a solution was found for SNCM, it would restart talks with CDC about selling its Transdev holding.

(Reporting by Geert De Clercq in Paris and Jean-Francois Rosnoblet in Marseille; Editing by Nick Vinocur)