Putin Pledges Russian Superiority in the Arctic with New Icebreakers 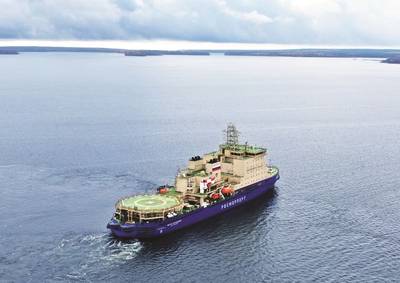 President Vladimir Putin said on Tuesday Russia wanted to retain its "superiority" in the Arctic and that it planned to renew its icebreaker fleet to bolster its presence there.

Moscow has stepped up its efforts to tap the region's commercial potential, including by increasing freight traffic on the Northern Sea Route, which runs from Murmansk in the Russian Arctic to the Bering Strait near Alaska.

In recent years Russia has also reopened abandoned Soviet military, air and radar bases in the energy-rich region as it vies for dominance against traditional rivals Canada, the United States, and Norway as well as newcomer China.

Speaking at the unveiling of a new icebreaker in St. Petersburg, Putin pledged Russia would continue modernizing its Arctic fleet.

"It is well-known that we have a unique icebreaker fleet that holds a leading position in the development and study of Arctic territories," Putin said aboard the vessel, named after former Prime Minister Viktor Chernomyrdin.

"We must reaffirm this superiority constantly, every day. We must build up our positions, strengthen and update our fleet, introduce new advanced technologies in the construction of icebreakers and other vessels of that class."

The new diesel-electric icebreaker unveiled on Tuesday is the world's largest and most powerful vessel of its kind, according to Russian authorities. It can break ice up to 2 meters thick, has two helicopter pads and can take part in scientific expeditions and transport hazardous materials, among other things.

In September, Russia added what it said was the world's largest and most powerful nuclear icebreaker to its Arctic fleet.

Putin said last year the Arctic fleet would operate at least 13 heavy-duty icebreakers, the majority of which would be powered by nuclear reactors. 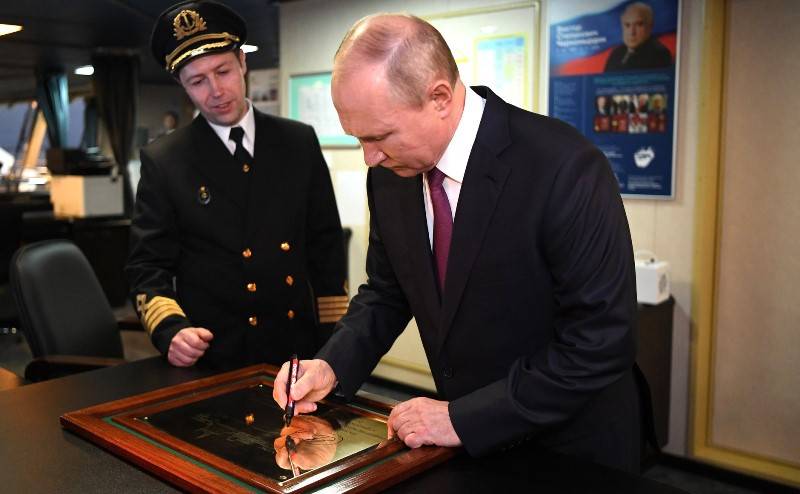