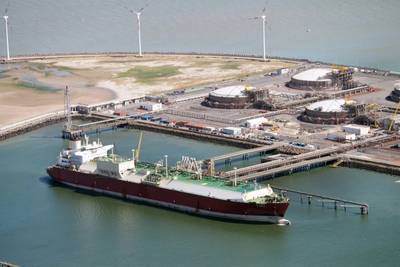 Qatar Petroleum (QP) announced that it will boost output from Qatar LNG by 64% - from 77 million tonnes per annum (tpa) at present to 126 million tpa by 2027 – following a successful appraisal of the North Field’s onshore extension, near Ras Laffan Industrial City.

Liam Kelleher, from  Wood Mackenzie’s gas and LNG team said: “QP had already been targeting an increase to 110 million tpa, via the four 8 million tpa megatrains at the North Field Expansion (NFE) project.

"This latest announcement will add a further two 8 million tpa trains to the development.”

QP announced an increase in the recoverable resources of the North Field to 1760 trillion cubic feet (cf), a significant increase from the previously stated 900 illion cf.

However, the stated resource increase follows years of further reservoir re-evaluation of the wider field during the moratorium, rather than just the onshore additions.

Kelleher said: “The increase in the capacity of its NFE project is a bold move by QP. After a record year for project sanctions in 2019 (63 million tpa year to date), and with 2020 set to be of a similar scale, the LNG market looks well supplied from the mid-2020s.

“But as Qatar is the lowest-cost LNG producer globally, it can withstand lower prices for longer than any of its competitors. While the resource upgrade might justify the expansion, our view is that the push to capture market share, coupled with the increasing speed of the energy transition, are key motivating factors.

“The resource upgrade could help lower upstream costs, which are already low. We estimate the brownfield LNG plant unit costs at $560/tonne, the lowest of all pre-FID projects globally.

“By increasing its LNG capacity sooner rather than later, QP will accelerate the development of its resources. It will also push to maintain market share and retake its position as the world’s number one LNG producer.

“Australia has already overtaken Qatar in 2019 to secure top spot, but the US is rapidly moving towards number one.

"The expanded development will allow Qatar to not only keep pace with US expansion but make US LNG producers question the need for further developments.

"QP had already limited the space for US LNG competitors when it took FID on Golden Pass in February 2019, with partner ExxonMobil stating that exports will start in 2024.”