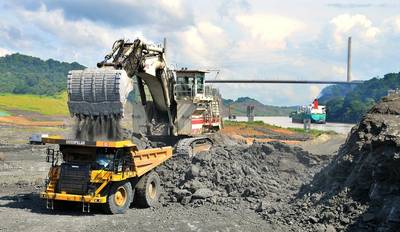 The consortium working on the extensive Panama Canal expansion has submitted two new claims for cost overruns of almost $740 million, the canal administrator said on Friday.

A dispute between the canal and the consortium over cost overruns temporarily halted work on the expansion earlier this year and arguments over the project are now being heard in an arbitration court in Miami.

"We're not taking these claims at face value," said Quijano. "We've received claims (previously) that, upon review by a third party, have ended in nothing."

Hold-ups on the engineering project, which centers on the construction of a third set of locks, have left trading nations waiting anxiously to start moving a new generation of large container ships and liquefied gas tankers along the 50-mile shortcut between the Atlantic and Pacific oceans.

The section to build the new locks was originally supposed to cost $3.2 billion.

Quijano said he still expects the new locks to be delivered in January 2016 and for the expanded canal to begin operating between March and April that year.