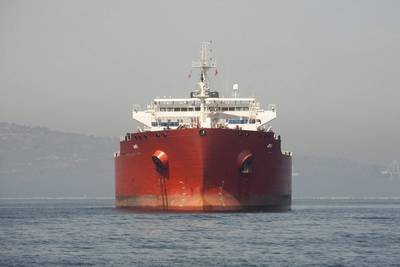 Medium-sour crudes from the U.S. Gulf of Mexico are being snapped up by overseas buyers, paving way for a record six supertankers to load at the Louisiana Offshore Oil Port (LOOP) in a matter of weeks, according to people familiar with the matter.

The six scheduled loadings in late May and early June would double the record of Very Large Crude Carriers (VLCCs) reached in December. An unusual influx of Gulf of Mexico crudes to the U.S. deepwater export port and weakening prices are contributing to the exports, according to one of the people close to the matter.

Mars Sour, a Gulf of Mexico crude produced by Royal Dutch Shell Plc, traded at a $4.40 a barrel premium to U.S. crude futures on Monday, falling from its 2019 peak of around $8.10 premium in mid-February.

Following U.S. sanctions on Venezuela and Iran, and production cuts by the Organization of the Petroleum Exporting Countries, U.S. medium-sour grades including Mars are helping fill Asian oil buyers' needs for new sources of supply.

New Prime, chartered by Shell, began loading crude at LOOP on Monday, following two departures since Friday of supertankers chartered by China's Unipec and Mercuria, according to trade sources and data from Refinitiv Eikon and vessel-tracking service Kpler.

Shell and Unipec did not immediately respond to requests for comment. Mercuria declined to comment on specific sales or cargo movement.

Three other supertankers, are expected to load at LOOP through the middle of June, the person familiar with the matter said.

In recent weeks, more crude produced in the U.S. Gulf of Mexico has been piped to LOOP for loading onto vessels instead of to domestic refiners, trade sources said.