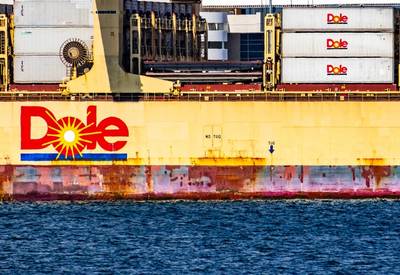 A fire broke out on board a refrigerated cargo ship at the Port of Wilmington, in Delaware, late Monday evening.

There were 30 people on board at the time of the incident, and no reported injuries.

“I believe three things saved the crew and prevented this fire from turning into a major incident: the crew’s immediate actions when the fire erupted, integrated safety systems, and robust partnerships across the port,” said Chief Warrant Officer Todd Wardwell, acting as the lead Federal On-Scene Coordinator Representative.

Local response agencies collaborated to contain and monitor the situation from both land and sea, all of which belong to a port salvage and marine firefighting group.