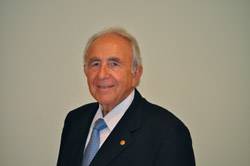 When it comes to governing the oceans, shipping largely has its house in order – that is the view of the International Chamber of Shipping (ICS) whose Chairman, Spyros M Polemis, took part in a major debate about oceans governance, in Singapore (Feb 23rd and 24th).

Discussing ‘Who Should Rule The Waves’ at the World Ocean Summit, organised by The Economist magazine, Mr Polemis outlined how any suggestion of radically revising the United Nations Convention on the Law Of the Sea (UNCLOS) would not be welcomed by the international shipping industry.

Because of the delicate balance of rights and responsibilities that exists between flag states, port states and coastal states, the shipping industry is very reluctant to support a fundamental revision of UNCLOS.

Apart from enshrining the principle of global maritime rules, which are vital to the industry, UNCLOS also establishes the right of all nations to freedom of navigation on the high seas and the right of innocent passage in territorial waters.  It also deals with delicate issues such as the rights of all ships to use international straits which are of great strategic importance.

Because UNCLOS addresses a number of other sensitive issues, not just affecting shipping, ICS believes it is very unlikely that governments would be willing to reopen what is a delicately balanced package.

The shipping industry has a 100 years’ experience of international governance of its activities, and questions the premise that the UN Law of the Sea is no longer fit for purpose.

Mr Polemis suggested that if there were concerns about other areas of oceans governance, lessons could be learned in other sectors from the shipping industry’s global regulator, the UN International Maritime Organization (IMO), whose successful MARPOL Convention is enforced and implemented by 150 Flag States covering 99% of the world fleet.

“Unlike many other activities involving the oceans, shipping is probably unique in having a specialist UN agency to regulate our activities - the International Maritime Organization.  We have experience of many intergovernmental organisations that impact on our industry.  I can honestly tell you that the IMO is a model of efficiency, made up of experts from virtually every government in the world, who develop and adopt very complex regulations directly relevant to the protection of the marine environment.”

ICS’s view is that there is no shortfall in governance so far as the international regulation of shipping is concerned.  The shipping industry responsibly utilises the excellent facility that the sea provides for international transport – about 90% of world trade is carried by sea.

Mr Polemis informed the Summit that shipping’s environment performance is already comprehensively governed by IMO, which is a very efficient global regulator.  The interaction between governments and the industry in relation to the work of IMO was just one of the pillars of the success story that is IMO. “Politicians should always consult with the industry when considering new regulation for shipping in order to avoid inefficient outcomes,” he said.   He explained that shipping is a global industry requiring a global regulatory framework, not a patchwork of national rules which would bring about chaos, inefficiency and have a negative impact on the smooth flow of world trade.

The U.S. Coast Guard has called off its search for five migrants missing in waters off the Florida Keys since their makeshift vessel capsized…