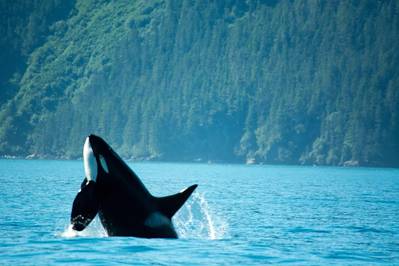 Canada's National Energy Board (NEB) regulator recommended on Friday that Ottawa approve expansion of the government-owned Trans Mountain oil pipeline, but made new, nonbinding recommendations to mitigate harm to Pacific Ocean killer whales and the environment.

The pipeline is in the national interest as it will create jobs and give Canadian oil access to more markets, the NEB said in a report. But expanding it is likely to significantly harm the killer whale population off the coast of British Columbia and increase greenhouse gas emissions from ships, the board said in its report.

It made 16 new recommendations, ranging from offsetting increased underwater noise to reducing greenhouse gas emissions from ships. The recommendations are outside of the NEB's authority to impose, and constitute advice to the government, it noted.

The Canadian government in September directed the board to conduct a new review of its application to nearly triple the capacity of Trans Mountain, which the government bought last year from Kinder Morgan Canada to ensure it gets built.

The move came after Canada's Federal Court of Appeal overturned the Liberal government's 2016 approval to expand the pipeline, which runs from Alberta's oil heartland to the British Columbia coast.