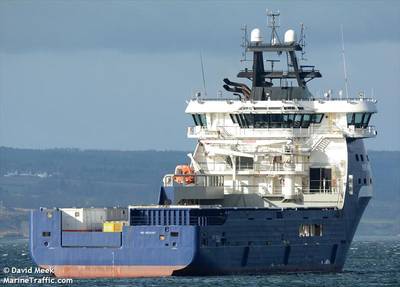 In a social media post on Tuesday, Rem Offshore said that the contract would take the offshore vessel through 2020 and into "smooth waters in 2021."

"Thanks to our client for the contract award and greetings to the crew who have made this possible. This is the second contract award in two weeks after Rem Mira was awarded last week," Rem Offshore said.

Rem Offshore did not say who the client was. Data from VesselsValue show the client is the Chinese oil company CNOOC, with the vessel operating in the UK North Sea and - most recently - serving the COSL Pioneer drilling rig.

The vessel owner said that the 2013-built vessel would continue to serve its client from Peterhead, UK. The Rem Insula was previously known as Vestland Insula. Vestland Offshore sold it to Rem Offshore in 2018, per data from VesselsValue.