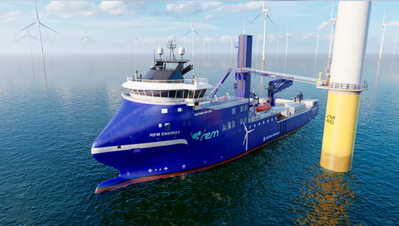 Havyard Group's subsidiary Norwegian Electric Systems (NES) has won a contract to deliver energy design and smart control solution to Rem Offshore’s new vessel for the offshore wind service market. The contract was awarded by Green Yard Kleven who is building the vessel.

According to NES, the vessel will be the first in this segment with a fully-integrated NES bridge system.

Geir Larsen, CEO of Norwegian Electric Systems (NES), says offshore wind power represents an important sector for his company, which has now secured its 11th delivery to a vessel for this market.

"We offer shipowners forward-looking solutions which enhance safety and energy efficiency as well as a smaller environmental footprint,” he says. "That’s particularly suitable for an offshore wind service market which generates renewable energy.”

The Rem Offshore newbuild - to be named Rem Energy - will be a hybrid vessel, where NES is supplying the energy design and system solution with a battery pack. Its delivery also incorporates opportunities to expand with an even larger battery pack in the future, NES said.

“This battery pack means that the ship can reduce diesel consumption and thereby cut its CO2 emissions substantially,” says Larsen.

"Our experience with comparable solutions shows that the vessel could achieve savings of about 20 percent when operating with DP2 dynamic positioning.

"These cuts will be even higher when it’s berthed. In addition, the owner will secure savings on maintaining the diesel engines since their running hours will be reduced.” The ship and the NES solution will be ready for installing a 10MW battery pack that permits running with zero emissions when operating at an offshore wind farm.

"This pack will be charged via a buoy once such infrastructure is in place. Space is also allocated for future installation of fuel cells. 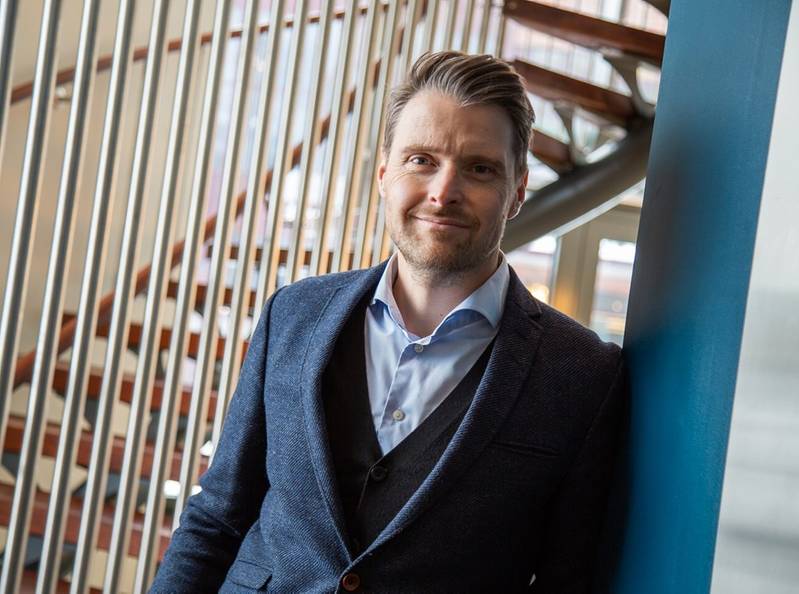 The Rem vessel now being outfitted at Green Yard Kleven will also be the first support ship for offshore wind power to adopt the fully integrated RAVEN INS integrated navigation system from NES.

According to NES, the RAVEN INS is the world’s first type-approved bridge solution to be based on a specially developed integrated computer system, rather than being put together from different software components.

The bridge will be specifically tailored to the Rem vessel and the operations it is due to carry out, which enhances safety and is adapted to future requirements and needs – such as coordination with land over data capture, and remote monitoring of expanded user and operational support, for example, NES said.

"In the longer term, this will give better insight into energy consumption and provide the basis for more energy-efficient operation, which in turn reduces the environmental footprint and operating costs,” says Svein Ove Farstad, sales manager for Smart Control at NES.

“An integrated navigation system really comes into its own on this type of vessel, with a bridge environment containing many different operator stations which calls for optimal interaction between systems and operators.

“We’re looking forward to working with a local yard and delivering the best of our technology to a bold shipping company, and to seeing the ship come into operation.”

As previously reported, REM Offshore in December 2020 ordered the offshore wind construction service vessel. A few days after announcing the order, the company said it had secured a long-term charter contract for the vessel, too.

The long-term charter contract is with Siemens Gamesa Renewable Energy for its newbuild CSV.

The vessel, to be built by Green Yard Kleven shipyard in Ulsteinvik and designed by Havyard Design & Solutions AS, will be performing maintenance on various offshore wind farms in Germany.

U.S. oil and gas major Chevron has signed a deal with Japan's Hokkaido Gas Co., Ltd. for the delivery of liquefied natural…