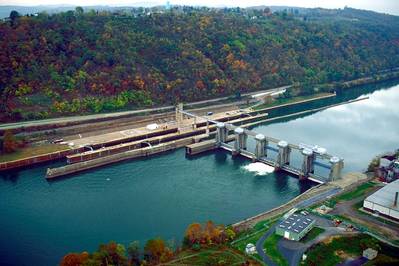 The U.S. Army Corps of Engineers (USACE) is evaluating remote operation of locks within the U.S. inland waterways system. Timetables are hazy, but the Corps plans to include remote operations capabilities during rehabilitations or new construction, in the work planned, for example, in the Upper Ohio Navigation Project, part of the USACE’s Pittsburgh District.

In fact, the first install project is being readied at Lock & Dam 4 on the Monongahela River. L&D 4 is also known as Charleroi Locks and Dam because it’s at Charleroi, Pa, at river mile 41.5, between Pittsburgh and Fairmont, W.Va. This work is part of the larger Lower Mon Project in which L&D 4 are being modernized (while Locks and Dam 3, at Elizabeth, Pa., are being removed).

Vincent De Carlo, P.E., is deputy chief, operations division for USACE’s Pittsburgh District. Mark Jones is the district’s chief of engineering and construction. They explained that, when complete, Charleroi will be able to lock tows remotely controlled from a control tower. Remote lock operations would allow one set of operators in a central location to operate multiple facilities, providing an additional level of service, particularly where a lock isn’t being used to capacity. The Charleroi work should be finished by the 2024 timeframe.

If testing is successful, remote lock operations are expected to expand throughout the inland waterways. The Pittsburgh Division is at the forefront of the investigative work.

Historically, remote operations is a long-studied subject for the Corps, and the Pittsburgh District. This report focuses on more recent work, developed within the last five years.

USACE headquarters was asked for an update on remote lock operations. In an email, a spokesperson said remote lock operations play an “essential role” in USACE’s navigation mission. In addition, “it plays a vital role in revolutionizing USACE to be a world-class organization which maintains technologically modern projects and programs.”

The Corps’ long term view, according to the spokesperson, is that remote operations can ease some significant emerging challenges. These challenges include shifts in commercial traffic, constrained operations and maintenance budgets and COVID-19. These impacts are testing “the resiliency and economic viability of the nation’s navigation system.”

Despite these assertive remarks, there are no system-wide answers yet for implementation. The Corps wants to know more about costs and benefits, risks, and the feasibility of retrofitting existing facilities.

Prior to the Charleroi work, and until very recently, remote operations were studied at Gray’s Landing L&D, another Lower Mon project, at river mile 82. Gray’s Landing was to be a “proof of concept of remote operations which could then be adopted on lock projects across the Corps,” USACE wrote in a summary paper. Gray’s Landing received $457,000 for remote ops design and coordination efforts in FY17. That initial work was deemed successful and project managers requested $2.8 million to advance construction. Subsequent funding, though, never happened.

De Carlo and Jones explained that in the overall O&M program, the Grays Landing demonstration “did not compete well.” Additionally, from a technical standpoint, Grays Landing needed redesign and new cost estimates because it did not meet current cyber security requirements. “The control portion of the Charleroi project was also in design,” De Carlo explained, and subsequently judged “a better fit for our first cyber secure remote operations project.”

Jones and De Carlo didn’t provide Charleroi budget numbers. They did say that “the added expense of remote operations is relatively small compared to the size of the recapitalization associated with new construction.” On existing facilities, though, remote ops costs may be significant depending on the type, age, and features of existing operating equipment. Recurring operations and maintenance costs are still being calculated. De Carlo and Jones said the Corps is “working with partners in other countries to better understand and account for these activities and costs.” 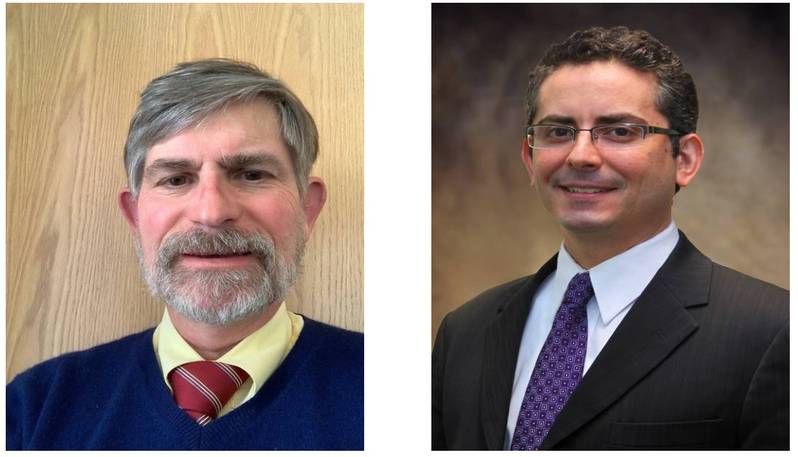 After WRDA 2020 was finished, though, remote ops dropped off the radar, at least its public profile. Except for the HQ update referenced above, staff at USACE headquarters has been reluctant to discuss remote ops projects, especially regarding money and budgets, under review now by the Office of Management and Budget (OMB).

It’s worth noting that OMB is a busier than usual place these days because it was recently charged with reviewing a wide range of policies and programs and whether those directives align with President Biden’s priorities (Executive Order 13990). Funding for remote ops work may be stuck in a stack of files that’s become much bigger than usual. HQ would not provide any details on this budget process.

Program funding is additionally important because to the extent remote operations proceeds, it’s better to include it early in project planning rather than as a retrofit, after an overall project—new construction or major rehab—is largely complete, or even designed.

Another view of remote operations comes from documents from PIANC, the “Permanent International Association of Navigation Congresses.”

In 2018 PIANC published a report titled “Developments in the automation and remote operation of locks and bridges,” a compendium of remote ops projects worldwide. The PIANC link is important. As noted above, as the Corps proceeds with remote ops re-search, it is staying in touch with lessons learned internationally.

PIANC’s 2018 document presents two remote ops projects underway in the U.S. and one in Canada. In the U.S., one project presented at that time was at Gray’s Landing, since supplanted by Charleroi, as described above.

A 2019 update report, likely including results from the Corps’ work—either at Gray’s Landing or Charleroi—is generally unavailable to the public. PIANC is a membership organization, and its reports are copyrighted, free to members but costly for non-members, making it difficult to review the Corps’ newer, updated work. The Corps abides by PIANC’s restrictions.

At Houma, an 800- by 110-foot lock will be part of an artificial barrier separating saltwater and freshwater. The lock, therefore¬—particularly its function—will be critical, serving as a part of the seawater-freshwater barrier, but required to allow waterway transit as needed.

In fact, the Houma project has not proceeded as planned. It’s still in the works, but recent Gulf Coast storms, a slower than expected funding process and COVID-19 all worked against expected pacing. Ingacio Harrouch is chief of operations for Louisiana’s Coastal Protection and Restoration Authority. When asked for an update, he said, “We have not started this phase (the lock portion) of the project. Our plan is to start at the beginning of the second quarter of next year since phase one (dredging of the channel) will take about a year to complete.”

De Carlo and Jones foresee a number of benefits from remotely operated locks. These include:

Initial project challenges include network security and resiliency as well as for the on-site equipment itself, which needs to operate in all kinds of river and weather conditions. 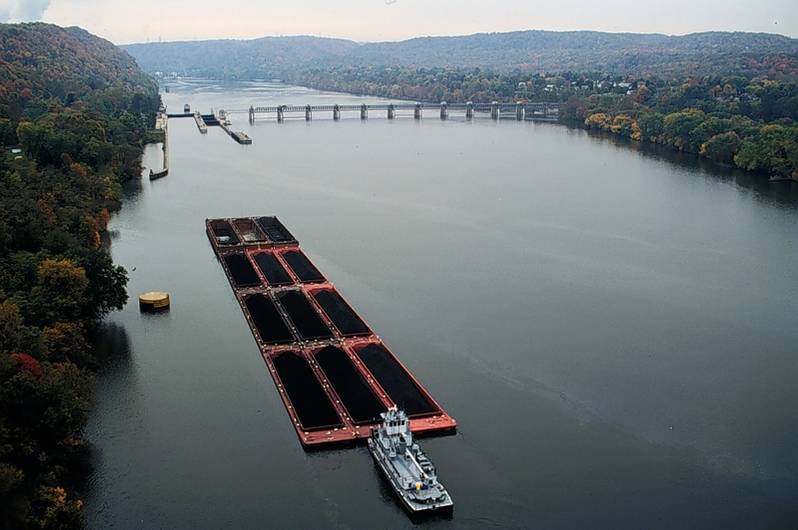 Working in Canada
Compared to U.S. projects, there’s extensive information from Canada. During the past decade, the St. Lawrence Seaway (SLS) Management Corporation added remote operation of lock structures to its existing control centers. The new system has been in place for the past three years and is fully operational across the Canadian Seaway system. Importantly, the locks are part of a larger automation/operation strategy called the Hands Free Mooring System in which vacuum pad robots have replaced steel mooring cables. Each vacuum pad is capable of 20 tons of holding force to secure a vessel during lockage.

In reality, the robots work together; automated mooring is integrated into the lock automation system. Data from a Traffic Management System is automatically sent to the mooring system as the vessel approaches the lock.

Leonard Swift, manager of automation at St. Lawrence Seaway Management Corp., said that “in general, our operations staff have been very pleased with the changes brought on by our move to remote operation.” Employees prefer being in the Operations Control Center. Importantly, vessel captains transiting the locks liked the changes, particularly the Hands Free Mooring System.

Swift said the Canadian work built on experience from remote operation of lift bridges. He said the remotely operated locks have met and exceeded initial goals. Personnel have become adept and confident using the electronic tools necessary to pass vessels through the Seaway system.

“We are looking forward,” Swift added, “to even more automation as new sensor technologies become available that will further aid the operator and prepare the Seaway for the future—autonomous vessels.”