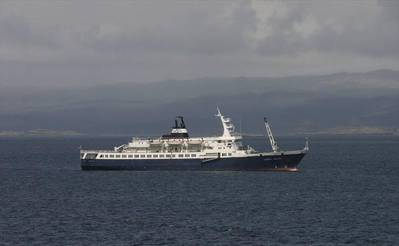 Global newswires are flooded with reports that an abandoned cruise vessel, Russian-registered Lyubov Orlova, dubbed the “rat-infested ghost ship,” is nearing the western shores of Europe after being set adrift early last year.

The vessel has reportedly been drifting in the Atlantic Ocean since it was cut free while in tow from Canada to the Dominican Republic almost a year ago among problems with scrapping arrangements.

The U.K.’s Maritime and Coastguard Agency (MCA) said in a statement that it has received no word of Lyubov Orlova sightings since April last year.

And while media organizations have been circulating stories that the “ghost ship” laden with diseased cannibal rats is inching closer to shore, the MCA said there is no evidence to suggest the vessel is still afloat.

“Any 'ghost' ship entering European waters is highly likely to be reported due to the large number of vessels passing through the area,” the MCA statement said. “We would then act accordingly.”

The Irish Coast Guard said in a similar statement that, "There is no further action required by Ireland, and there are no reports and sightings.”

Both coast guards maintained that they are prepared to deal with the vessel should it approach land.

Salvage companies have reportedly expressed interest in the ship, which allegedly holds a scrap value near $1 million.