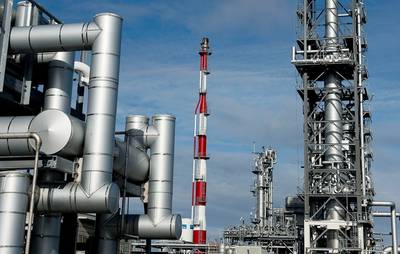 Skangas, a unit of Gasum, signed a deal with Lyse Group to acquire the Risavika liquefied natural gas (LNG)production facility in Norway.

The acquisition of the Risavika production plant will strengthen Skangas’s presence in the downstream of the LNG value chain and secure Skangas’s commercial position in the Norwegian market and North Sea.
The Risavika production plant has an annual production capacity of 300,000 tonnes of liquefied natural gas (LNG), and the volume of its tank is 30,000 cbm. The acquisition also includes the LNG marine bunkering facility.
“Under the tolling agreement signed in 2014, we have bought the full annual capacity of the Risavika LNG plant. The acquisition of the plant puts the final pieces in place in the overall acquisition of Skangas. This acquisition is part of our LNG business development and further strengthens our position as the leading LNG player in the Nordic market,” says Gasum CEO Johanna Lamminen.
“The acquisition will strengthen our position in the growing LNG market, increase our overall storage capacity and improve our current and future customers’ access to LNG under long-term and competitive conditions,” says Skangas CEO Tor Morten Osmundsen.
Gasum acquired the majority of the Norwegian Skangas’s distribution operations from the Lyse Group in 2014, with the transaction including a purchase option of the Risavika LNG production plant.
The acquisition was part of Gasum’s strategy to improve the availability of competitive LNG in the Nordic countries. The aim of the cooperation is to take a strong position in the growing Nordic LNG market. The acquisition of the Risavika LNG production plant is subject to approval by competition authorities in Sweden and Norway.
“Lyse is very pleased that we have now taken the next step in the transaction that began in 2014. Skangas now has a complete value chain within LNG and, strengthened by this, will now enter an exciting market as a leading LNG player in the Nordic market,” says Lyse Group CEO Eimund Nygaard.