Ørsted Sells Half of US Offshore Wind Assets 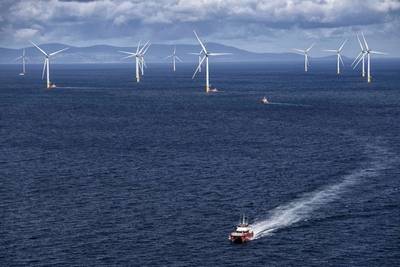 Denmark’s Ørsted is selling a 50% stake in a portfolio of offshore wind assets to New England utility Eversource Energy, for about $225 million.

"Ørsted and Eversource have been partners in the Massachusetts Bay State Wind offshore wind project and with this announcement, we further strengthen our strategic 50-50 partnership in the North-East," said a press release from the largest energy company in Denmark.

The divestment includes the 704MW Revolution Wind project off the coast of Rhode Island that will deliver power to Rhode Island (400MW) and Connecticut (304MW), and the about-130MW South Fork project east of Long Island that has a long-term power purchase agreement with the Long Island Power Authority.

Martin Neubert, Executive Vice President and CEO of Offshore at Ørsted, said: “More than ever, the US offshore wind market has great growth potential with several states committing to significant buildout volumes. I’m delighted to extend our strategic partnership with Eversource in the North-East and welcome them to our new offshore wind projects which will enable the joint venture to harvest synergies across the different New England projects. Combined, Ørsted’s world-leading track-record in offshore wind and Eversource’s strong regional footprint offers a powerful setup for developing offshore wind projects in New England.”