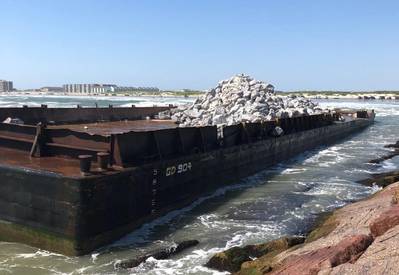 A barge has gone adrift and ran aground near the Packery Channel in Corpus Christi, Texas on Thursday.

The U.S. Coast Guard said it received a call at 7:45 a.m. from a driver on Texas State Highway 361 stating they saw an adrift barge floating in the Packery Channel between the boat ramp and the jetties. The barge was loaded with rocks and drifting outbound.

The Coast Guard notified Callan Marine, the company contracted to repair the jetty using the barge, and issued a safety marine information broadcast to alert nearby mariners and beachgoers to the potential hazard. Responders from Sector Corpus Christi and an MH-65 Dolphin helicopter crew from Coast Guard Air Station Corpus Christi launched to assess and monitor the situation.

Once on scene, Coast Guard crews found the barge had run aground outside the channel on the south jetty. Responders did not observe any signs of pollution.

Crews of the tugboats Captain Wayne Taylor and Josephine Clair responded but could not successfully tow the barge due to 6-foot waves and unfavorable sea conditions.

The Coast Guard captain of the port for Corpus Christi is slated to establish a 500-yard safety zone around the barge.

"We urge all beachgoers and boaters in the area to keep their distance from the aground barge," said USCG Chief Petty Officer Glenn Jimenez, command duty officer, Sector Corpus Christi. "Our top priority is keeping everyone safe and out of harm's way until the barge is salvaged."

Callan Marine is coordinating a salvage plan for the barge. 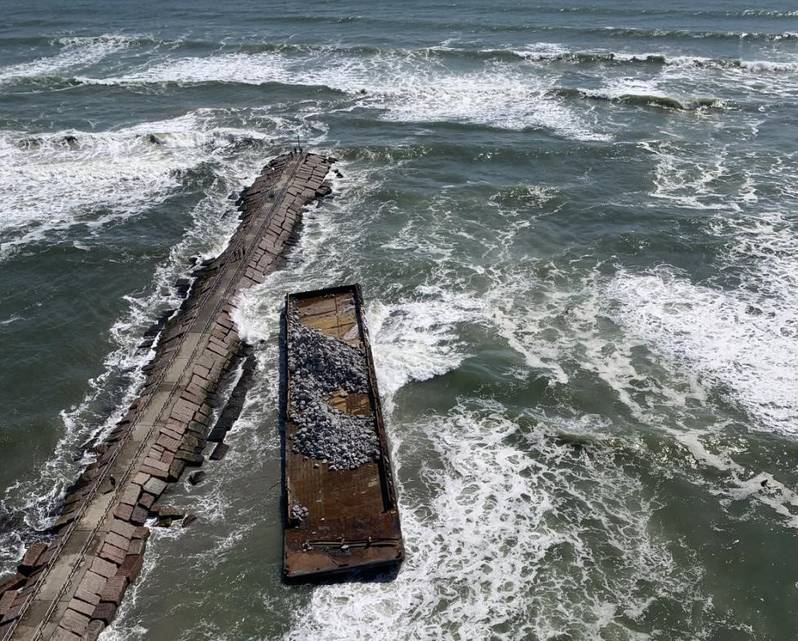