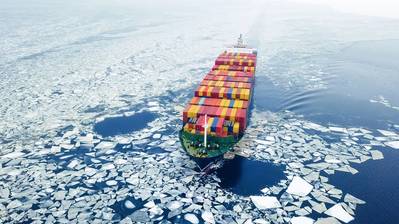 Russia will not restrict other countries using the Northern Sea Route across its northern flank, President Vladimir Putin said on Friday at an economic forum.
The United States has previously accused Russia of demanding that foreign vessels request permissions to pass in the Arctic region and requiring Russian maritime pilots to board the ships, while threatening to use force against vessels failing to comply.