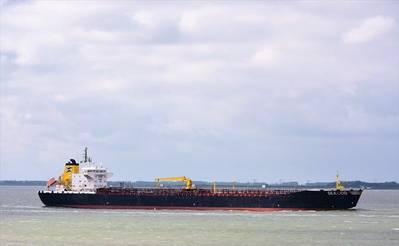 Energy supplies originating from Russia were still being delivered to Britain on Friday after some dock workers at a terminal in southeast England sought to block a cargo in solidarity with Ukraine, ship-tracking data shows.

Supplies of Russian liquefied natural gas (LNG) to Europe have been disrupted this week by uncertainty over whether ships can discharge cargoes at European ports after the imposition of sanctions on Russia after its invasion of Ukraine and a ban by British ports on Russian-linked ships.

British union Unison has complained that its members working at the Isle of Grain LNG terminal did not want to accept Russian gas and called for tougher measures from the government.

Britain on Tuesday banned from its ports all ships that are Russian owned, operated, controlled, chartered, registered or flagged. It later said, however, that Russia could still send oil and gas to Britain because the sanction was focused on the vessel, not its cargo.

Refinitiv Eikon shipping data on Friday showed that the Seacod oil tanker had docked in Liverpool after picking up an oil cargo from Primorsk in Russia while the Pearl LNG was moored at the Dragon LNG terminal in Wales.

Analysis from data intelligence firm ICIS showed that the Pearl LNG had picked up a cargo of Russian LNG via a ship-to-ship transfer with the Yamal LNG-operated vessel Christophe de Margerie in France in mid-February.

Two other vessels, the Fedor Likte and the Boris Vilkitsky, are now signaling their status as awaiting new orders from their owners. The first had previously been signaling for the Isle of Grain. The Boris Vilkitsky had not, but Unison said its workers had expected the vessel to dock there.

Unison head of energy Matt Lay said the workers’ intervention appeared to have succeeded in turning the ships away but the British shipping sanctions would be a “hollow gesture” if the UK did not also ban Russian cargoes.

“The government must act immediately to stop Russian goods continuing to arrive in the UK under the cover of another country,” he said in a statement.