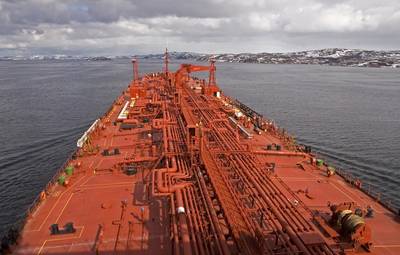 A think tank that advises the Russian government on taxes and energy-related issues said on Wednesday it expects the country's oil exports to fall this year thanks to a global deal to cut output, contrasting with official forecasts for a rise.

Vygon Consulting said in a presentation to reporters that oil exports this year are seen declining by 0.7 percent to 252.5 million tonnes (5.1 million barrels per day) from around 255 million tonnes in 2016, a record high.
The Energy Ministry forecasts Russian crude oil exports this year at 257 million tonnes.
Russian refining and fuel consumption have been recovering following a strengthening of the economy, which means less of the country's crude will be available this year for export, the consultancy said.
Grigory Vygon, head of the consultancy, said exports are likely to recover next year following the expiry of a global deal aimed at bolstering oil prices by curbing production.
The Organization of the Petroleum Exporting Countries and other leading oil producers last year agreed to cut their combined oil output by almost 1.8 million barrels per day. The deal expires after March 31, 2018.
Some experts have expressed concern that the deal covers production, not exports, and that with global shipments still strong, inventories have failed to decline significantly.
A monitoring committee, made up of three OPEC and two non-OPEC ministers, will gather next Monday in St. Petersburg, Russia, to discuss the deal's implementation so far.