S. Korean Shipbuilder Shares Soar on $19B Deal with QP 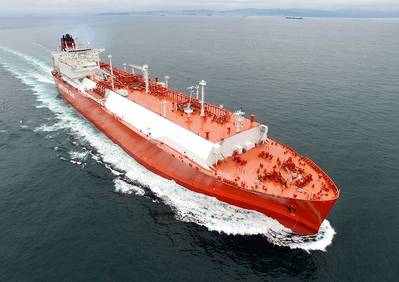 A Hyundai Heavy LNG Carrier - For illustration only - Credit: HHI

Shares in South Korean shipbuilders rallied more than 20% on Tuesday following $19 billion worth of deals to build vessels for Qatar Petroleum (QP).

QP said on Monday it has signed agreements with South Korea's "Big 3" shipyards to secure more than 100 ships costing over 70 billion Qatari riyals ($18.65 billion), describing the deals as "the largest LNG shipbuilding in history."

QP did not announce breakdown orders for each company. Samsung Heavy said it expects to sign deals starting this year through 2024.

Shares of Samsung Heavy on Tuesday surged as much as 27.5% to their highest intraday level since late February, while those of Daewoo Shipbuilding and Korea Shipbuilding & Offshore Engineering Co Ltd soared as high as 28.2% and 20%, respectively as of 0141 GMT.

The benchmark KOSPI market was trading up 0.7%.

iXblue said it has been selected by Naval Group to supply navigation systems for two Gowind corvettes intended for the international market.