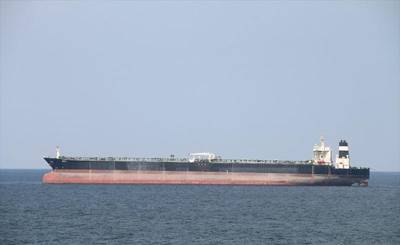 The sale of Sam (formerly Zoya 1), an almost 25-year-old 300,500 DWT crude oil tanker, marks the end of the fourth longest streak of zero VLCC demolitions in history, this time lasting 512 days. The last very large crude carrier (VLCC) to be demolished was the 300,361 DWT Watban which was scrapped in Bangladesh in June 2019.

In January this year, a fire erupted on board the Zoya 1 while undergoing maintenance. As a result of the fire, several crew members died, and more were injured. Previously, the ship had spent several years at anchorage as floating storage in United Arab Emirates waters.

Since the last VLCC was demolished, 42 have been delivered, adding 12.8 million DWT to the fleet and bringing it to a total capacity of 255.3 million DWT.

Following the frontloading of demand for tanker shipping in the second quarter, as cheap cargoes flooded the market, crude oil tanker shipping now faces challenging times ahead. On November 13, an average VLCC could expect earnings of $11,395 per day, less than half of what is needed to cover financing and operating costs which average $25,000 per day for a VLCC. 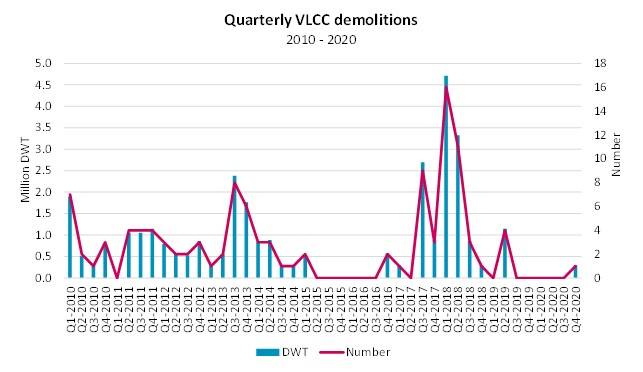 Now that the first VLCC has been demolished, the question is whether it was a one-off, or whether it has opened the flood gates and more owners will chose to demolish their older tonnage, as a return to profitable rates is not currently on the horizon.

“The age and trading pattern of the ship in the past few years made the Zoya 1 a prime candidate for demolition, but there are plenty of other candidates that could follow,” says Peter Sand, BIMCO’s Chief Shipping Analyst.

“These ships may have been kept active when they found employment at profitable rates, either for active trading or floating storage, but with the poor outlook, there seem to be little incentive to keep these ships sailing once their contracts expire.”