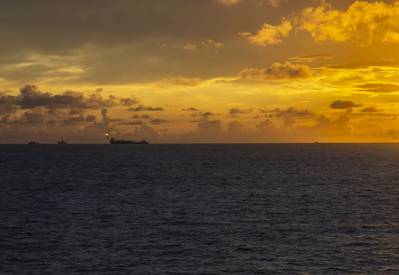 Illustration; An FPSO in Brazil - Credit: Ranimiro/AdobeStock - the image has been cropped

Brazilian oil company Petrobras has started negotiations with the Dutch FPSO supplier SBM Offshore over a potential charter of an FPSO to be installed at the giant Buzios field in the Santos Basin, offshore Brazil.

The FPSO, to be named Almirante Tamandaré, will be the sixth FPSO in the Búzios field. The FPSO would have a production capacity of 225,000 barrels of oil and 12 million m3 of gas per day and would start producing in the second half of 2024.

Petrobras said it planned to hire SBM Offshore directly, as it has found that "at the moment" only SBM Offshore has the capacity to meet the technical requirements required by the Brazilian oil firm.

"The other two units to be installed in Búzios, the FPSOs P-78, and P-79, will be contracted by bidding," Petrobras said.

The two FPSOs will have the capacity to process 180,000 barrels of oil and 7.2 million m3 of gas per day and are expected to start operating in 2025.

SBM Offshore is currently building the FPSO Sepetiba, to be deployed at another large oil field in the Santos Basin - the Mero field.

Once completed, the FPSO will be leased to Petrobras for a period of 22.5-years. As per SBM's Q2 report last month FPSO was 25% complete in August.

There are currently seven FPSO's supplied by SBM Offshore, operating in Brazil.