Ferry Company Scandlines Not for Sale 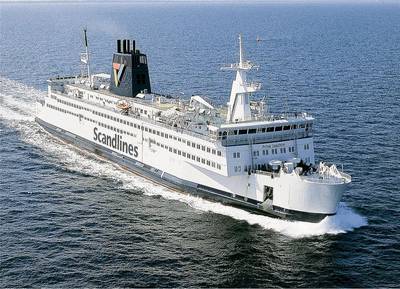 "Scandlines is a successful and profitable business , as we have learned to know over the past six years. We are pleased to invest further in order to support management in the execution of Scandlines' future plans and take full advantage of its growth potential," said Peter Wirtz , partner and managing director of 3i Germany.

3i and funds managed by 3i pay a total of 165 million euros to take over ACP's stake of 49 percent of Scandlines . The transaction is expected to be completed by year end.

"We would like to thank the ACP for their efforts over the past six years. ACP and 3i has actively taken part in the development of our business and played a key role in the success and growth that our company has undergone in the period. We look forward to building on the progress and ensure a leading market position in 3i's full ownership," says Søren Poulsgaard Jensen , CEO of Scandlines .

As part of 3i's acquisition of ACP's stake Scandlines has refinanced its existing loans into a new single loan agreement for 875 million euros.

" Since the acquisition in 2007 , Scandlines was transformed from a complex state-owned enterprise with a limited strategic aim for a modern and efficient ferry company with a focus on the most profitable short ferry. The company now has a good starting point to pursue its growth strategy and realize its full potential," says Jörg Spanier , CEO of Allianz Capital Partners.