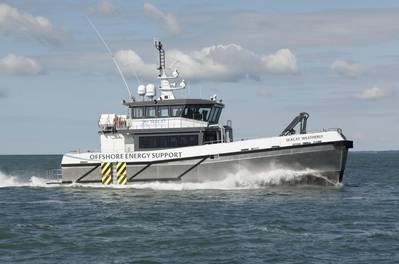 Seacat Weatherly has already started its assignments earlier this quarter to support Operations & Maintenance (O&M) activity for the Moray East service team working at the 100-turbine, 950MW capacity wind farm in the UK.

"Building wind farms in deeper waters further from shore enables operators to harness greater wind speeds with fewer obstructions than on land, but trades its increased power production potential for more complex logistics. Conducting offshore technicians safely and comfortably to sites like Moray East is critical for the continuous provision of renewable power to Scotland and the United Kingdom," Seacat said.

"Seacat Weatherly was the first Chartwell 24 catamaran to enter operational service in 2020, and over the past year has demonstrated the highest standards of performance in charters off the Scottish coast," the company added.

The vessel can accommodate 24 passengers and a total of 11 tonnes of cargo at a service speed of 26 knots.