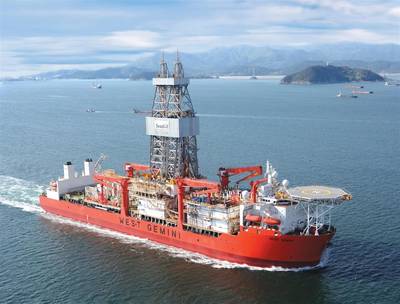 The deepwater drilling contractor Seadrill said that its contract backlog, as of May 23, 2019, totaled approximately $1.9 billion.

The drilling services provider said it has added $130 million of additional backlog from March, including the AOD I award of a three year follow on contract with Saudi Aramco keeping the unit employed until June 2022, which adds approximately $82 million in backlog.

In addition, Equinor exercised two options for the West Hercules in Norway adding approximately $17 million in backlog. The unit is expected to be employed until the first quarter of 2020.

The West Telesto was awarded a six firm plus two option well contract in Malaysia. The total backlog is approximately $17 million with commencement in June 2019.

The West Gemini will complete an additional well in Angola keeping the rig employed into June 2019 adding approximately $6 million in backlog.

In February, Seadrill established a 50/50 joint venture with Sonangol called Sonadrill, to operate four drillships, focusing on opportunities in Angolan waters. Each of the joint venture parties will bareboat two drillships into Sonadrill and Seadrill will manage and operate all the units.

As recently announced, Qatar Petroleum has awarded 6 drilling contracts to Gulf Drilling International Ltd (GDI) in connection with its North Field expansion project. Seadrill has an existing Strategic Cooperation Agreement (SCA) with GDI under which one rig is currently operating in Qatar.

The company is working with GDI to finalize an agreement to provide up to 5 additional Jack-up rigs under the terms of the SCA. "We believe this is an attractive opportunity that will further strengthen the relationship between the parties and positions us well for future work in Qatar," the company said in a press release.