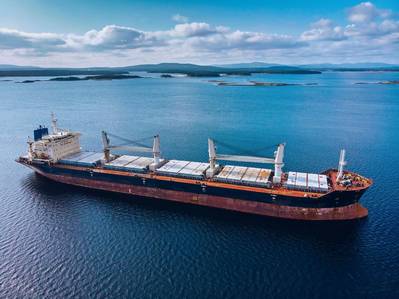 The ownership of dry bulk ships has changed hands at blistering speed in the first three months of 2021, says shipping organization BIMCO, pointing out that the course is now set for a record year in the bulk ship sale and purchase market.

A total of 794 ships were bought and sold in 2020, with the smaller sectors of Handysize and Supramax being most popular. Not even three months into 2021, 279 dry bulk ships have been traded, with Panamax bulkers being the most popular single ship size and accounting for 82 of the trades. However, the number of Panamax sales comes second to the number of sales of Handymax, Supramax and Ultramax ships when these are put together. 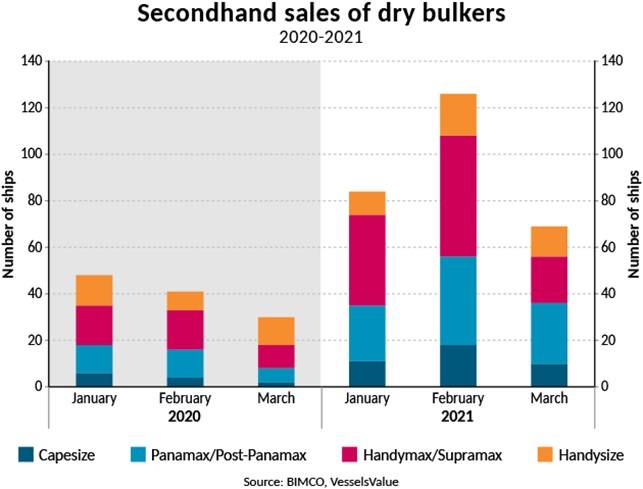 Mid-sized ships cashing in on strong Q1
The high demand for dry bulk ships at the start of this year is also reflected in the asset values which have all grown considerably since the beginning of the year. A 15-year-old Panamax ship is now worth 47.4% more than it was on January 1, 2021, an increase of almost $4 million. While the exact growth rate and increase in value varies by ship type and age, they have all seen very impressive value growth these past three months.

The strength in the sale and purchase market is in part a reflection of the strength of the dry bulk market so far this year. An unseasonably strong start to the year has seen freight rates for Panamax and Supramax ships jumping to their highest level in a decade. On March 24, Panamax ships were earning $25,719 per day while Supramax ships were enjoying $22,921 per day.

“The current strength of both the freight and the sale and purchase market inevitably leads to questions as to how long it will last. While there has been much talk of a new commodities super cycle, BIMCO’s expectation remains more down to earth. The current strength of the market should be enjoyed for as long as it lasts; fundamentally the longer-term trends in the dry bulk market are not ones which support a prolonged upturn,” says Peter Sand, BIMCO’s chief shipping analyst.

Newly launched SSY Futures Ltd announced it has completed its first Handysize 38,000-dwt FFA trades on both the Singapore…