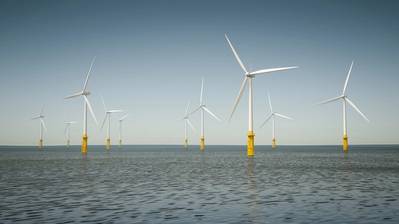 According to a statement released by the Senator's office, the assembly site would position New York to play a significant role in the offshore wind supply chain, "which could create thousands of jobs across the state."

Schumer said it is high time for Brooklyn to be among the New York communities leading the way on environmentally-friendly industrial development and to ensure wind technologies are made in New York.

Schumer says projects like this can create new jobs and opportunity across the state.

“We are here today because opportunity is knocking on Brooklyn’s door, and we want to answer it and help a new era of technology, jobs and clean energy come on through,” Schumer said.

"With a little lift, Sunset Park Terminal can position New York State to manufacture offshore wind technology while leading the way in clean energy. This site is primed to be up and running quickly with the right investment, providing New York a critical foothold in the offshore wind supply chain and its tremendous opportunities for new jobs. This also helps the state, too, because seventy-percent of New York’s electricity has to come from renewable resources by 2030 as part of the CLCPA I helped push.”

Public Advocate Jumaane D. Williams said: "This fall, the community prevailed, activism prevailed, and the Industry City rezoning was stopped. But if the city had listened to these activists earlier in the process, they would know that there are ways to revitalize this coastline that are both environmentally and economically beneficial. This project presents an unmatched opportunity for the revitalization of a New York City industrial waterfront that will create good jobs and clean energy at the same time – a just transition for New York City and State  – so I thank Senator Schumer as well as the advocates and local elected officials who've joined us today in our calls to meet this urgent need,” said

The city-owned South Brooklyn Marine Terminal is one of 11 ports around the state to be pre-qualified to be considered for up to $200 million in loan and grant funds from NYSERDA. The funds would be matched by private firms looking to build and operate turbines across the metro area.

Schumer’s letter to NYSERDA, making the case for the project, appears below:

I write to request your full consideration of the South Brooklyn Marine Terminal as the prime site for investment through NYSERDA’s $200 million offshore wind port development program. I thank NYSERDA for its role in pursuing a clean energy future by investing in offshore wind, and this investment initiative to develop port infrastructure represents a key step to ensuring a robust buildout of offshore wind and the related supply chain in the New York Bight and beyond.

As you know, New York must rapidly move to achieve the pollution reduction and clean energy goals established by the Climate Leadership and Community Protection Act (CLCPA), of which I was a strong supporter, which requires that seventy percent of the state’s electricity come from renewable resources by 2030 and that thirty-five percent of benefits go to frontline communities, like Sunset Park. Our state is paving the way for others to follow, and makes selecting the best bid for port infrastructure development of particular importance.

With the selection of Equinor’s Wind Empire Port Infrastructure Improvement Plan, New York will be one step closer to ensuring a cleaner and more sustainable energy future can be supplied, staged, assembled, and deployed right here in New York, and create many jobs with fair wages and benefits as well as benefits for the nearby communities. This unique site can be outfitted to house a wind turbine assembly center that would create thousands of jobs and, according to the state, generate more than 1,500 megawatts of clean energy, which is enough to power half a million homes for 20 years.

The South Brooklyn Marine Terminal (SBMT) is located in the largest Industrial Business Zone in New York City, and the largest waterfront site, and is well-suited to accommodate the shipping, construction, and maintenance needs of offshore wind installments.

Additionally the SBMT is located in an environmental justice community and selecting the Sunset Park terminal would offer significant opportunities for job creation, workforce development, and overall economic investment in the community. As such, the project has strong support from local and environmental justice groups. Finally, New York City, which owns the site, has also committed to a $57 million investment for key upgrades of SBMT—a testament to the level of support for the robust proposal that is before you.

As you are aware, there are multiple port locations bidding for this investment, and it would be of great value to invest in projects that have both short-term and long-term development potential. For example, the Arthur Kill Terminal (AKT) on Staten Island, another site that is under consideration for investment, has unique advantages with its location outside of any bridge spans, which presents a significant opportunity for positioning New York to be home to the offshore wind supply chain as technologies change in the industry.

However, given the need to build out this infrastructure expeditiously both to transition to a clean energy future and so that as many New York workers as possible can benefit from jobs created by the offshore wind industry, the fact that SBMT can be up and running quickly underscores its decisive advantages for NYSERDA’s consideration of investment as New York looks to gain a foothold in the offshore wind supply chain.

However, while time to full operation is paramount today, a long-term investment in Arthur Kill Terminal cannot be forgotten, as that site, combined with SBMT and other key ports both Upstate and Downstate, will solidify New York’s leadership in this industry and maximize the number of New Yorkers put to work in new green jobs. I offer my full commitment and assistance in fighting for further federal investment to prepare these and other key New York ports for use in the offshore wind industry.

I fully support investments in clean, renewable energy development and economic opportunities to grow jobs in a community-supported and just way and to invest in the finest workforce talent in Brooklyn, and across New York City and the state.

The Wind Empire Port Infrastructure Improvement Plan will help meet those goals as quickly as possible and position New York as a leader in the off-shore wind manufacturing supply chain, with the South Brooklyn marine Terminal as the nexus of that effort. Again, I urge you to give this proposal your full consideration.