“The people we are honoring today are a testament to the kind of company we’ve worked hard to build. They really represent the ‘Ingram Way’ which is why it is so fitting to christen some of our vessels in their honor,” said Orrin Ingram, Chairman of Ingram Marine Group and CEO of Ingram Industries. “As we’ve said before, this is the highest honor we can bestow on an associate, and today is no different.”

“We take immense pride in creating a company culture where people feel at home. It’s not uncommon for our associates to spend most, if not all, of their professional careers at Ingram. We want this to be a place where people want to do just that,” said John Roberts, President & CEO of Ingram Marine Group. “Today is about honoring and celebrating four associates who truly exemplify the ‘Ingram Way,’ and I’m incredibly proud of them.”

The two new vessels are four-decked, welded-steel, USCG Subchapter M-compliant towboats and were designed by Ingram Marine Group, Main Iron Works, and Ashraf Degedy, PE. The 78 x 32-ft. boats are outfitted with twin Caterpillar Marine tier 3 diesel engines and Reintjes gearboxes, John Deere generators, and 76-in. Michigan special propellers. The live aboard vessels feature a 34-ft. eye level and have capacities of 18,000 gallons of fuel and 8,000 gallons of potable water.

The third boat in the series, the M/V Debbie L. Owen, was delivered in March 2022, and the M/V Captain Roy Daniels is scheduled to deliver in August. 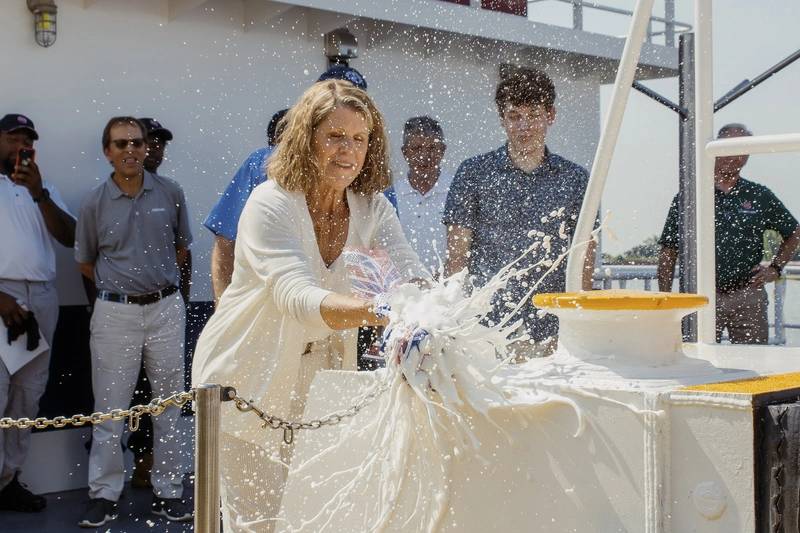 Following is a brief overview of each vessel's namesake: