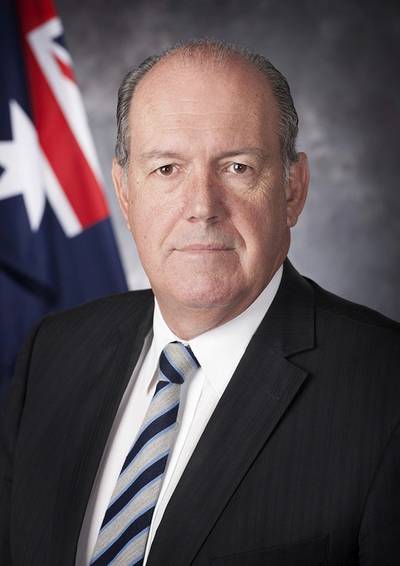 Speaking from Perth, Senator Johnston, said the so-called shipbuilding Valley of Death was created by Labor because rather than steering the country forward and making sound strategic decisions they spent six years bickering in the back seat over who should be driving.

“It was the former government which cut Defense spending to its lowest levels since 1938," Senator Johnston said.

In April 2013, the media reported that BAE was considering its future at Williamstown in Melbourne. The previous government failed to do anything about it.

Bill Shorten was Employment Minister at the time. When he was asked to commit to supporting BAE jobs, he failed to do so.

“It’s a bit rich to hear Labor talking about potential job losses when, in 2011, it was former defense minister Stephen Smith who announced the reallocation of up to 13 Air Warfare Destroyer (AWD) blocks from Australian shipyards to Navantia in Spain,” Senator Johnston said.

“Labor’s solution was to delay projects and push out costs to a future date.

“It was the former government which twice extended the timelines for the construction of the three AWDs with the result that delivery dates on these three warships have now been pushed back by almost two years.

“The Coalition Government is committed to rebuilding a Defense force that is properly resourced, equipped and managed.

“Australians can be confident that the Coalition Government will invest in the future security of our country,” Senator Johnston said.