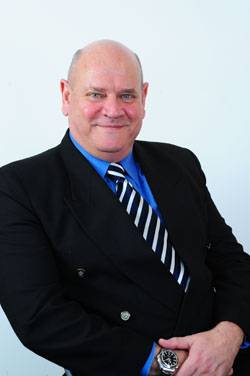 The Shipowners’ Club, the mutual P&I insurer specialising in small and specialist vessels has appointed David Heaselden to the new post of Loss Prevention Director, with immediate effect.
The post, which is an appointment to the Shipowners’ Protection Limited Board reflects the importance Shipowners’ Club accords to loss prevention advice provided to its Members. Announcing the appointment Charles Hume, Chief Executive commented, “David’s outstanding cross-branch leadership of loss prevention is recognised by his appointment; we will also be looking to his organisational skills to enhance our emphasis on loss prevention at Board level and strengthen the liaison in productive effort between our branches in Singapore and London”.
David joined the Shipowners' Club in 2001 as Loss Prevention Manager with overall responsibility for loss prevention initiatives and the Ship Inspection Programme. In 2003 he was appointed Chairman of the International Group’s (IG) Ships Technical Committee (IGSTC), where he supervised the technical aspect of the Committee’s input to the IG’s response to the OECD Policy Statement on Sub-standard Shipping in 2004; and the development of the Group’s initiatives on monitoring the quality of tonnage joining IG Clubs.
In April 2009 David transferred to the Singapore branch as Principal Officer, assuming responsibility for the management of the office function as well as continuing to run the Loss Prevention team. Following his move to Singapore he has continued in the role of Chairman of the IGSTC.
David sees his new role as having two major objectives: “The first, to enhance and continue the success of the Club’s Loss Prevention initiatives driven by a team which has grown in size and stature to a total of seven staff; and the second, to continue and further enhance the cooperation between the three Shipowners’ branches in London, Singapore and Vancouver in order to deliver the highest standard of loss prevention advice to Members and the industry as a whole”.