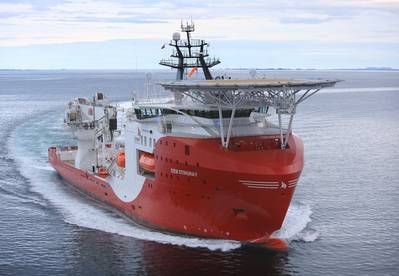 Norwegian offshore vessel owner Siem Offshore said Monday it had signed a contract with an undisclosed client for operations in South East Asia for the Siem Barracuda offshore subsea construction vessel (OSCV), and an extension for OSCV Siem Stingray.

The project will utilize the OSCV "Siem Barracuda" for a scope of work consisting of subsea preparatory work required for the construction of a new offshore wind farm.

The contract has a firm duration of 5 months plus options and will start around year-end following the completion of the vessel’s current contract in the same region.

Also, the OSCV "Siem Stingray” has received an extension of two months on its current contract, before undertaking a battery power installation. According to available info, the vessel is on a contract with the wind turbine maker GE Renewable Energy.

Upon completion of the battery installation, the vessel will be mobilized for the contract previously reported in July, for utilization until Q4 2022 plus options within the UK Offshore wind market.

The contract is with Seaway 7, the renewables business unit of Subsea 7, for walk-to-work activities for a period of 300 days firm plus options in the North Sea, supporting the construction phase of the Seagreen wind farm.