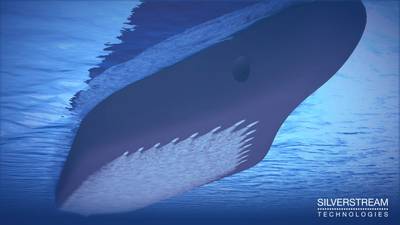 Four of the 174,000 cubic meter LNG carriers are owned by global operator Knutsen LNG. A further two are owned by investors advised by JP Morgen Asset Management. The last two vessels are owned by Korea Line Corporation. All of the LNG carriers have secured long-term charter agreements with Shell.

According to Silverstream, its system will help to increase operational efficiency and reduce fuel burn and associated emissions onboard the carriers. The System is particularly effective with the hull form and operational profile of LNG carriers, and is suitable for both newbuild and retrofit applications.

Speaking on the agreement, Noah Silberschmidt, CEO, Silverstream Technologies, said, “We are delighted to secure this groundbreaking major order of the Silverstream System. The support shown by the yard, owners, and charterers for our technology in the LNGC sector has been substantial and is hugely encouraging in terms of the potential to support the wider global shipping fleet.

“Working with some of the best known names in the maritime sector is an immense privilege and our expert team of commercial and supply chain professionals, alongside our world-beating naval architects and engineers, are fully focused on installing, testing, and commissioning our System on these vessels – and delivering market-leading efficiency savings once they are in operation.”

The deal is the latest step on Silverstream’s journey to engage with shipyards, owners and operators around the world. Last year, Silverstream announced that it had signed a pioneering framework agreement with Shell UK to drive the uptake of the Silverstream System across its LNGC fleet.

Meanwhile, in August 2019, the company announced it had created a pioneering MOU for Silverstream System uptake at Hudong-Zhonghua, a subsidiary of the China State Shipbuilding Corporation (CSSC), China’s largest shipbuilding group, and the second largest in the world.