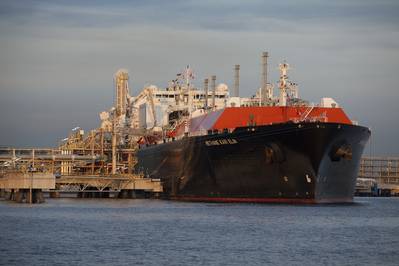 When BG Group Plc announced last week it was shifting the headquarters of its oil and liquefied natural gas (LNG) trading operation to Singapore from Britain, it said the aim was to get closer to its customers.

Analysts and consultants agreed that the growing importance of Japanese and Korean utilities in the LNG market meant the move would have clear logistical and commercial benefits. But they also said another motivation was likely at play: tax.

"Tax is always a factor," said Bob Piller, a Swiss-based energy trading consultant who previously worked for commodities giant Vitol. "Singapore has already attracted some people from Geneva," he added.

While Britain's centre-right government is in the process of cutting its corporate income tax rate to 20 percent, from 28 percent in 2010, Singapore offers firms tax holidays in return for establishing operations there, corporate filings show.

BG's tax savings could be significant because its trading operation is one of Britain's biggest taxpayers. In 2012, the last year for which the group's largest LNG trading subsidiary, BG Gas Marketing Limited, published accounts, it reported a tax charge of $384 million.

That's more than was paid by eight of the 10 biggest publicly-traded companies in Britain, other than BG, which published their UK tax payments in their annual reports.

BG could "quite legitimately" save over $200 million in taxes, said former international tax adviser Richard Murphy who now campaigns against corporate tax avoidance.

A raft of other energy traders operate in London but most have their main tax bases outside Britain - often in low-tax countries like Switzerland or Singapore -- which mean they have much more modest UK tax bills, their accounts show.

BG said the move to Singapore reflected the fact that over 70 percent of its LNG cargos were now sold to Asian clients - up from 35 percent in 2010, according to its annual reports.

"The logic for the move is clear. Asia is where our customers are," said spokesman Neil Burrows, adding the company already had trading staff in Singapore, Houston and elsewhere.

"Any change in the tax rate would be a byproduct rather than a driver of the move," he added.

BG declined to put a figure on any potential tax savings but said it was sticking with its guidance for a tax rate of 41 percent this tax year - in line with last year.

There would be nothing unusual or inappropriate with BG seeking to reduce its taxes, said Mike Chapplow, trading consultant with Smart Global. All companies had a duty to investors not to pay any more tax than is necessary.

Companies' tax practices have risen to the top of the political agenda in recent years as governments cut spending to pay for the costs of the financial crisis.

The G20 group of leading economies has promised to clamp down on tax avoidance and asked the Organization for Economic Co-operation and Development to come up with measures by the end of next year.

The UK finance ministry said it did not comment on individual companies' affairs.

Profits on the High Seas
BG Gas Marketing Limited, the group's biggest taxpayer, makes its profits -- $1.6 billion in 2012 -- by buying cargoes of super-cooled natural gas from other BG subsidiaries and outside suppliers in one part of the world and selling them at a higher price elsewhere.

LNG is purchased from Trinidad and Tobago, Nigeria, Egypt and Equatorial Guinea and sold in Asia, Latin America, Europe and the United States.

Such international arbitrage is complex and difficult to tax. The countries the commodities pass through, where the ships are registered, and where the clients, traders or producers are based can all claim that part of the profit should be reported within their jurisdiction.

"If you're making an arbitrage on a cargo going between Trinidad and the Far East where would you book the profit?" said oil analyst Neill Morton at Investec Bank in London.

Meanwhile, a trading company would generally prefer to have as much as possible of the profit taxed in a territory where the tax rate is lowest, or indeed, zero.

"Singapore is a well known as low tax domain, which I am sure doesn't hurt (its appeal)," Morton added.

Two key factors determine where a company must report its profit and become liable for tax.

"Under international tax rules, the profit should be allocated to where the strategic decisions are taken and where the risks are borne," said Giuseppe Sottile, a tax partner with Lausanne-based Kendris SA, who has advised commodity trading groups in the past.

Strategic decisions are deemed to be made where the most senior people are based, Sottile said, so BG Group's decision to move its president for global LNG and oil marketing, Steve Hill, to Singapore could support a claim for a reallocation of profit to that office, even though BG Group will keep a trading operation in Britain.

Meanwhile, trading risk is usually deemed to be borne by the company whose name appears on sales and purchase contracts. Indeed, London based traders often enter into contracts in the name of affiliates in lower tax jurisdictions, thereby ensuring that minimal tax is paid in Britain.

"It's a common arrangement where we see traders act as agents for an associated company, who pays them a commission . It is legitimate," Sottile said.

Murphy said that while the UK tax authority may be unhappy about any reapportioning of profits by BG between London and Singapore, that under tax law, the company would have as much as case for declaring the lion's share of its trading profits in Singapore as in Britain.

"The commodities don't come from here, the ships aren't registered here and the crews aren't based here," he noted.

"They could seriously reduce their tax bill," he said.

Reuters reviewed the accounts of 15 of the largest energy trading companies with operations in London. The one whose UK tax charge was closest to BG gas Marketing's was Electricite de France's EDF Trading Limited, which said it expected to pay corporation tax of 98 million euros for 2012.

BG declined to comment on why it had reported so much trading profit in Britain but added it expected future growth of the trading operation to be centred on Singapore.

Analysts said any tax savings would likely be phased in over years. A company source also downplayed the prospect of any near term windfall. "Any benefit would be highly uncertain and could take years to be realised," the source said.