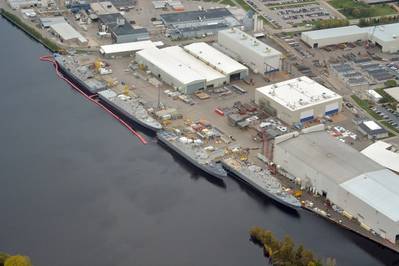 The U.S. Department of Defense and the U.S. Navy have awarded six contracts worth around $42 million for studies of a large unmanned surface vessel.

Each contract includes an option for engineering support, that if exercised, would bring the cumulative value for all awards to $59,476,146, the DoD said.

Fincantieri Marinette Marine said in a statement that the six companies were awarded contracts for conceptual design work over the next year, with the Navy expected to use these studies for detailed design and construction of additional unmanned vessels.

“We are interested in helping build tomorrow’s Navy, including manned and unmanned vessels,” said Dario Deste, CEO of Fincantieri Marine Group.  “We are committed to sharing our technical expertise and industry-leading practices to give the Navy a competitive conceptual design for their large unmanned vessels.”

Back in April 2020, Fincantieri Marinette Marine won the contract to build the Navy’s first-in-class guided-missile frigate, with options for nine follow-on ships collectively worth nearly $5.5B.