SMM 2021: Plotting a Course Forward for the Global Maritime Community 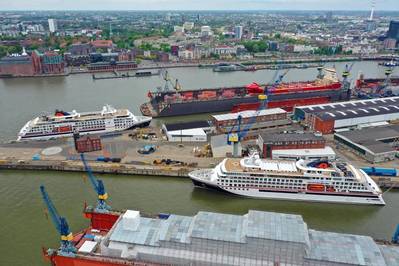 As the maritime world collectively feels its way forward in a time now defined by the COVID-19 pandemic, the organizers of the SMM in Hamburg, traditionally the world's largest and most influential maritime and shipbuilding trade event, share market overview insights on the economic consequences of the coronavirus pandemic throughout the the shipping industry.

The Covid-19 pandemic has turned the world economy on its head. “The recession this year will likely be more severe, and recovery in 2021 will be slower than we anticipated two months ago,” says Gita Gopinath, chief economist at the International Monetary Fund (IWF). She believes the global economy will shrink by nearly five per cent. The maritime industry will be hit especially hard: The global lockdown disrupted major supply chains. Maersk, the industry leader, saw container transports decrease by at least 15 per cent during the second quarter.

SMM did not escape the effects of the coronavirus either: Holding an event with more than 2,000 exhibitors and around 50,000 visitors as early as September was simply inconceivable. The leading international maritime trade fair had to be rescheduled for 2 to 5 February 2021. But the industry’s response to the postponement has been affirmative: “We can gladly say that about 90 percent of the exhibitors for SMM 2020 will also be participating at SMM 2021,” said Claus Ulrich Selbach, Business Unit Director – Maritime and Technology Fairs & Exhibitions at Hamburg Messe und Congress (HMC), adding: “Together we will overcome this crisis.”

Seeing many countries reopen gradually is encouraging. China's economy is stabilising, and many countries are reopening their borders. But all that does not constitute a return to normality: In many emerging and developing nations the pandemic hasn't even reached its peak yet. A situation marked by uncertainties, and an enormous challenge to the maritime industry.

"We know we cannot predict the future. But we can try to prepare for changes that are clearly ‚on the cards’,” says Martin Stopford, President of Clarkson Research. “Not preparing can be riskier and more expensive than the ‚safe’ option and doing nothing," the shipping industry analyst continues. The coronavirus crisis forces the maritime sector to open up to new ways of operating, he adds. Innovative digital products are being developed and deployed in record time. "The pandemic has accelerated digitalisation in the industry, advancing it by half a decade," says Knut Ørbeck-Nilssen, CEO of the classification society DNV GL – Maritime. "The crisis has the potential to trigger many innovations and new ideas throughout the entire maritime world, ultimately leading the sector to a renaissance." DNV GL, the main sponsor of SMM, is a pioneer of remote digital surveys and the use of digital twins and data analytics. This also benefits “green" shipping. At the gmec, the global maritime environmental congress, and the Maritime Future Summit during SMM next February, experts will discuss how the industry can utilise this technology boost to advance the development of sustainable propulsion solutions. The coronavirus has lent new urgency to the motto of the leading international maritime trade fair: ‘Driving the maritime transition’. 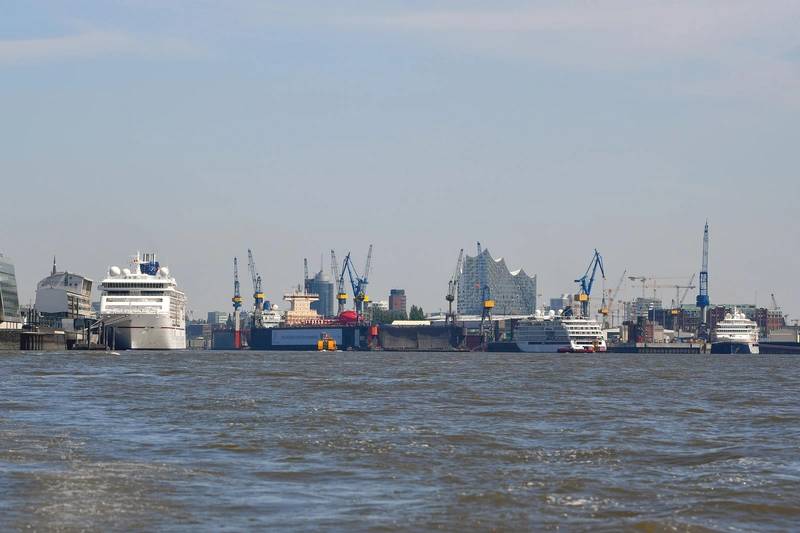 Photo: ©HasenpuschSuppliers are living off past successes
Being well prepared is half the battle, says Martin Johannsmann, chairman of VDMA – Marine Equipment and Systems and CEO of SKF: "We are generally in good shape in the sector. That paid off in the corona crisis. We very quickly learned how to respond to the pandemic." Production continued nearly without interruption, and orders could be completed. On the other hand, German suppliers are living off a 3.4per cent increase in orders received during the past fiscal year.

The current, noticeable restraint of buyers is cause for concern in this segment. Klaus Deleroi, CEO of the ship gearbox specialist Reintjes, is therefore hoping for support from the Federal Government. One billion euros has already been earmarked for a ship replacement programme as well as digital projects, cleaner ships, LNG bunkering barges and portside electricity installations.

Sailing into the unknown
A look at the global order book reveals that shipyards have been hit hardest by the crisis. Even before the coronavirus, the global order book had shrunken to a low 13 million GT (2009: 30 m GT). The cruise industry in particular, until recently the envy of the maritime world, is facing turbulent times. To avoid financial distress, MV Werften shipyards, owned by the Malaysia-based Genting group, have received 175 million euros of government emergency relief. Germany’s government-owned KfW bank has supported Meyer Werft shipyards with 200 million euros. The market leader in the cruise segment is not expecting any new orders between now and 2023. Current newbuilding projects are being delayed to avoid employment gaps.

As for the cruise ship operators, they'd rather reduce their fleets than order new ships at the moment. "It is very likely that some ships in the market will be scrapped," says Carnival CEO Arnold Donald. The world's 400 cruise ships have been on involuntary holidays for nearly 4 months. The result for the segment leader, Carnival, is a monthly bill of US$1 billion. Some early excursion attempts – with significantly reduced passenger numbers and a strict hygiene concept – where launched recently by the Norwegian operator Hurtigruten. The million-dollar question, says CEO Daniel Skjeldam, is when normal operations will finally be able to resume. Even "Cruises to Nowhere", trips without going ashore anywhere, are being contemplated. One hopeful sign for the cruise segment is the constant flow of incoming bookings for the next cruise season.

Lacking cooperation among governments
Around the world, crews on board merchant and cruise ships are hoping that travelling restrictions will soon be lifted. "In some cases seafarers have been kept on board their ships for months beyond their original contracts. They are directly affected by the failure of governments around the globe to act, and the lack of coordination between them," says Estelle Brentnall, Head of Maritime at the European Transport Workers' Federation (ETF), voicing criticism. She demands: "Let them go home!" Shipowners are doing what they can to find a solution. Alfred Hartmann, President of the German Shipowners' Association VDR, describes these efforts: “For example, several weeks ago we joined hands with the International Maritime Organisation (IMO), providing governments around the world with a detailed procedure to enable safe crew exchanges during the coronavirus crisis."

Many acts of communication, both private and business-related, are currently handled online; but virtual interaction is hardly a replacement for personal, face-to-face meetings. "You can meet the whole world on the Internet, but it is not the same as being physically at SMM were all members of the shipping community join to network and discuss the key topics," says BIMCO President Sadan Kaptanoglu. It is important to laugh together, have fun and celebrate before you get to business, says Dirk Lehmann, Managing Director of the Hamburg-based company Becker Marine Systems, and Vice Chair of SEA Europe.

The SMM trade fair in Hamburg is rescheduled to take place February 2-5, 2021. Hamburg Messe und Congress is developing a concept that will ensure both safety and a successful trade fair. The concept will be presented to the public in October 2020.