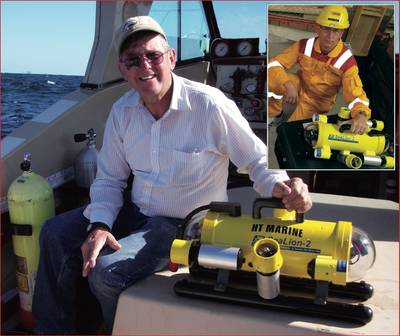 The company quote many examples to back up their statement, including one where the US Army Corps of Engineers (USACE) use a Fishers SeaLion-2 to help in underwater maintenance of Ice Harbor Lock and Dam in Washington State.The dam is more than 2,800 feet long and 100 feet high and provides hydroelectric generation, recreation, and irrigation for the area’s residents and businesses.

One of the tools helping the Corps in its inspection and maintenance operations is Fishers SeaLion ROV. The engineers have been using this system for more than 20 years and recently upgraded to the new smaller, lighter, and faster SeaLion-2 with high resolution color cameras in both front and rear.

In addition to USACE, customers include VEIT in the Midwest, HT Marine in Chipley, and Jotun in Norway.