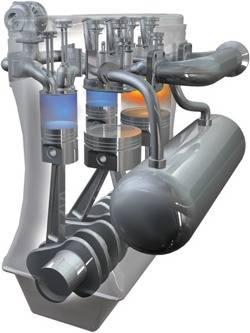 “Applying the Miller Cycle to the Scuderi  Split-Cycle Engine is significant because it gives a split-cycle engine a significant advantage over a conventional engine when it comes to operating the Miller Cycle,” said Stephen Scuderi, vice president and patent attorney at Scuderi Group. “In this configuration, the compression cylinder can always run at or near maximum volumetric efficiency no matter how much it is downsized relative to the expansion cylinder; and achieving maximum volumetric efficiency keeps pumping losses across the intake valves to a minimum.”

Remote vessel and equipment surveys have been available in the maritime world for years, but classification societies are…