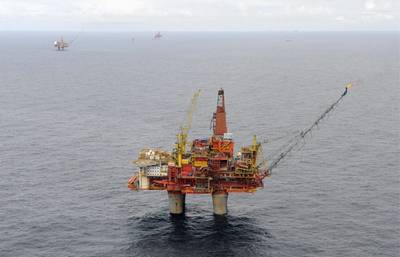 Equinor has still not identified the source of an oil spill at its Statfjord field in the North Sea, and the loading of crude onto tankers remains shut, the Norwegian company told Reuters on Thursday.

The leakage consisted of "small observations" of oil on the surface of the ocean, an Equinor spokesman said.

The leakage of crude was first discovered on Wednesday, triggering a shutdown of loading on to a shuttle tanker, although production continued, Equinor said at the time.

Statfjord, which opened in 1979, is among the oldest fields still producing in the North Sea, and Equinor has said the first of its three platforms is due to close in 2022.

The field is operated by state-controlled Equinor with a 44.3 percent stake, while ExxonMobil holds 21.4 percent and the rest is held by two units of Spirit Energy, data from Norway's Petroleum Directorate shows.

SBM Offshore, the Netherlands-based FPSO supplier, has shared a video of its Liza Unity FPSO Hull going into the dry dock…