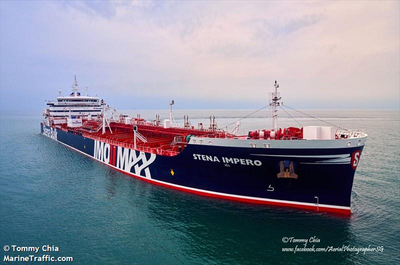 The owner of a British-flagged tanker detained in Iran has met the country's foreign minister, Mohammad Javad Zarif, to make the case for the ship and its crew to be released.

Erik Hanell, chief executive of Stena Bulk, met Zarif in Stockholm on Aug. 20 to ask for the Stena Impero to be released. It was detained by Tehran on July 19, two weeks after Britain detained an Iranian tanker off the territory of Gibraltar. That ship was released this week.

"A constructive dialogue was had and we shared information around the case," Hanell said in a statement on Wednesday. "It was important for us to emphasize the importance of the release of the 23 crew ... Also for the release of the Swedish owned vessel Stena Impero.