Rick Eyerdam is a Miami-based, national award-winning journalist and editor.... 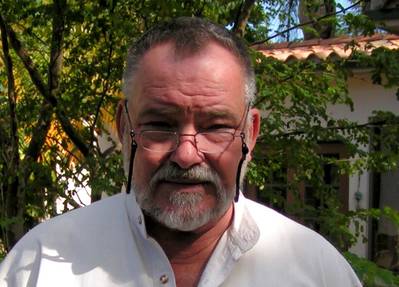 Forget 2012; work on the funds already awarded. Port terminals risk losing their one last shot at millions in FEMA/DHS Port Security Grant Funds if they don’t act decisively before Sept. 2012.

All of the $1 billion that is still sitting in the federal treasury has been dedicated to thousands of  security projects and equipment approved at the highest levels as essential to protect ports against terrorist attacks from 2007, 2008, 2009 and 2010 Port Security Grants (PSG).

DHS Secretary Janet Napolitano has ordered that by Sept. 20, 2012 these Port Security Grant funds that have already been awarded to ports, port security facilities, cruise and cargo terminals must be spent or reprogrammed with the guidance of FEMA and the appropriate regional Fiduciary Agent (FA) or they will turn to dust.

The funds can be reprogrammed under new modified regulations promulgate by FEMA/DHS. They can be spent for risk reduction, equipment maintenance, overtime and increased personnel in categories other than originally stated in the grant budgets. And in some cases the money can be secured with a reduction or removal of the 25-50 percent local match.

Little has been done to even attempt to capture this potential windfall because of tight city, county and port budgets and the difficulty making the 25% match attached to the 2007-2009 grant awards. Overworked FAs are also struggling to complete paperwork for so many conflicting deadlines.

The most enlightened and organized Area Maritime Security Committees and their Fiduciary Agents have decided it is a worthwhile choice to spend their time reprogramming 2007-2010 grant allocations rather than rush to enter the competition for 50% match PSG grants with an application deadline of May 4, 2012.

In fact, if the designated Fiduciary Agent within the port, terminal or security agency has not completed these steps by the time you read this, it will be virtually impossible to hit the 2012 grant cycle marks by May 4, 2012.

On the other hand, Napolitano has been instructed to turn the sluggish grant response from 2007 to 2011 into a “stimulus program,” by changing the rules for the already committed funds.

According to FEMA, “The Secretary’s Guidance provides measures which grantees may employ to reprioritize their grant funds to put grant funding to work quickly by addressing immediate needs and building core capabilities that will support preparedness in the long run. These measures are: