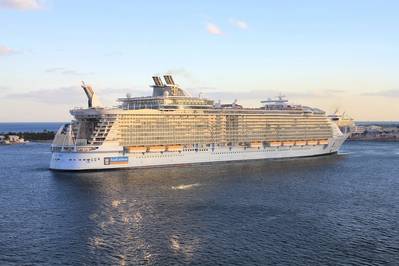 Royal Caribbean Group reported a billion-dollar net loss for the fourth straight quarter on Monday, as the cruise operator continued to be affected by a coronavirus-triggered halt to voyages.

Cruise operators have been shoring up cash reserves by issuing new shares, selling assets or raising billions of dollars in debt over the last few months as the virus outbreak brought the industry to a virtual standstill.

With its ships not sailing, the company’s total revenue for the reported quarter plunged to $34.1 million from $2.52 billion last year. Analysts had expected a revenue of $35.6 million, according to Refinitiv IBES data.

As of December end, Royal Caribbean had about $4.4 billion in liquidity, up from about $3.7 billion at the end of the third quarter, after it raised $1 billion in a stock offering during the fourth quarter.

The operator of Oasis of the Seas and Symphony of the Seas cruises posted a net attributable loss of $1.37 billion, or $6.09 per share, in the quarter ended December 31, compared with a profit of $273.1 million, or $1.30 per share, a year earlier.