Subchapter M: Is it Time to Press Pause?

Pat Folan is a partner in Tug & Barge Solutions and has operated towing... 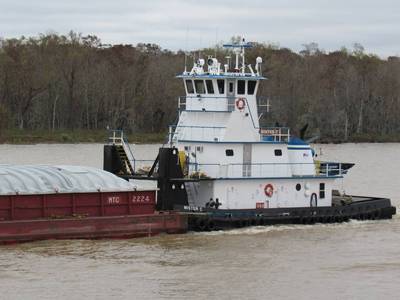 For many, the path to Subchapter M compliance has been anything but smooth sailing. And while progress has been made through the growing pains, some feel it’s time for the U.S. Coast Guard to pump the brakes.

A funny thing happened on the way to compliance. We all learned that nobody was quite ready for Subchapter M.

Sure, we had gone through the law with a fine-toothed combed and had self-inspected vessels and trained crews, but we were all surprised by interpretations.

Third party organizations (TPO) have done their best to set up systems and satisfy paying customers and the U.S. Coast Guard (USCG). The USCG has tried to enforce consistency from the top down but have not been completely successful. And the owners have largely watched the show and absorbed the punches and even self-inflicted wounds.

A pandemic slowed our country to a crawl halfway through the implementation. But like any other government venture, no one pushed the pause button. And there were plenty of reasons to do so. We had all learned a lot during the initial phase-in, and quite a bit of it wasn’t good. Some of it was human nature, as people often wait until the last minute.

The USCG didn’t back off on the schedule, although as an organization they slowed down quite a bit. They went to reduced manning and strange schedules. Some of them worked every other day. Some worked every other week, as if COVID-19 didn’t come in on Tuesdays and Thursdays. The virus showed the disconnect between HQ and the boots on deck and also the disconnect between the regulators and the regulated.

The USCG system of inspection leaves a lot to be desired. The most seasoned personnel that the USCG has, the chiefs, end up taking orders from the second lowest rung on the officer’s ladder. In some cases, the new lieutenants don’t even have practical vessel experience. And yet, major decisions that affect a company’s ability to operate are in their hands.

This would be less of an issue if the law was black and white, but there’s a lot of gray in there. 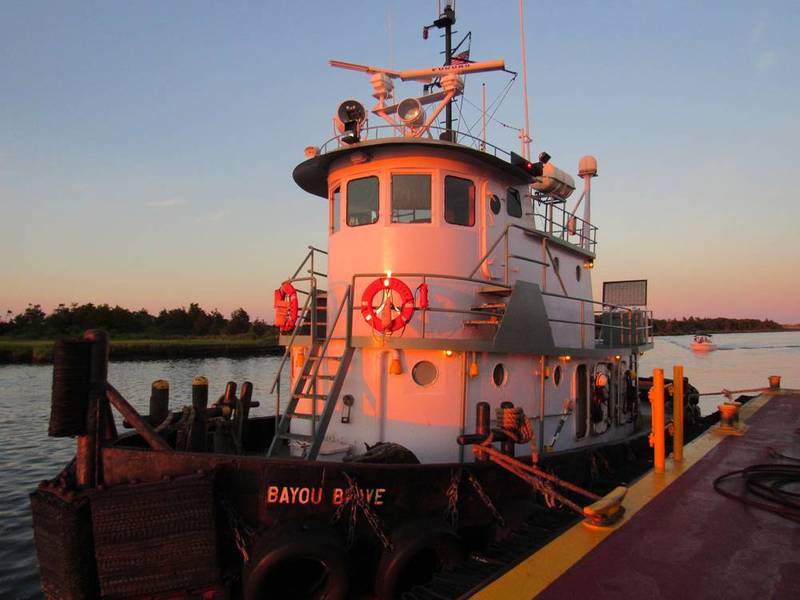 Speaking of the law, why do tugs operating coastwise need four line throwing appliances? As a tug operator, I had a boat covered in fendering and a deckhand with a great arm. Never in 30 years on the water did I ever say that I wished I had a line gun. I could put the boat close enough to anything to get a line over. These appliances cost a lot, expire and companies are not going to spend a lot of extra money for a crew to practice with something that they will never use.

Why do towboats that may have a six hundred feet of barges in front of them need a fathometer on the boat?

Sub M is specific about fuel supply and maintenance. But why only fuel?

Why is the USCG saying that boats without lifeboats need a lifeboatman on board?

And one of the broader problems with Sub M is the two inspection options. Sub M should have leveled the playing field, but the USCG option is cheaper by a long shot and much easier. There is a $1,030 annual inspection fee forever. The COI on one vessel will cost you $5,150.00 for the five-year cycle no matter which option you choose. Add the TPO fees on top of that and for one boat it will cost you $17,900 (an additional $12,750 for one management audit, one vessel audit, one mid-period management audit plus travel and TPO fees) for the five-year cycle. 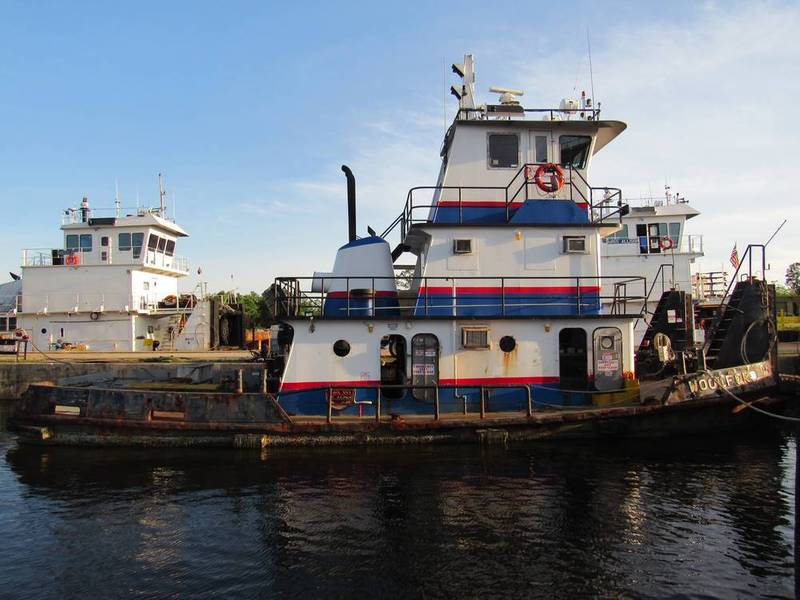 Another problem is the USCG doesn’t seem to trust the TPOs. It has even been said to us in multiple sectors that the USCG Option is the preferred option by the inspectors and that the TPO option will be harder for companies.

When Sub M started, the USCG thought that 70% of the companies would use the TPO option and 30% would use the USCG option, and with the TBS companies that is where we started. But the collapse of a few TPOs plus the high cost of others, companies began questioning why they were using a TPO. So, we watched the percentage slip. As of June 2021, 62% of our customers are the USCG option.

The message from the USCG is inconsistent. The USCG Towing Vessel National Center of Expertise (TVNCOE) in Paducah provides a wealth of information and guidance. They have a set of FAQ pages where questions asked by industry have been answered. And we have been told by USCG personnel that they never go by what the TVNCOE puts on their pages. They only go by the reg and their own interpretation of it. What is an owner to do if the USCG can’t even get their message straight?

The TPOs work closely with the TVNCOE but the USCG has set up a TPO Oversight role in different sectors that doesn’t answer to the TVNCOE. You would think in an organization that lives by giving and obeying orders that it wouldn’t be so hard to get them all on the same page.

The USCG Marine Inspectors have had to learn this on the fly too. And across the U.S. we have worked with many good inspectors who have tried to locally make sense of the law. They all have one goal in common: ensure compliant vessels are operating while using a common-sense approach. As one chief told me, “I have to make sure that we don’t have blood, oil or water. Everything else I can work with.”

A word of advice
Whether you are an owner, operator, captain, deckhand, shoreside personnel, treat the USCG like a cop. Anything you say may be used against you. The more that you talk, the bigger the hole that you dig. Don’t be rude, always show respect, but shut up. Too many people talk way too much during inspections and although they think they are helping, they are not. Boats that should have had a COI end up with 835s, sometimes No Sail 835s, because the captain become chatty Cathy. Just directly answer the questions and volunteer nothing.

The inspector really doesn’t care about how you used to do it when you showed Magellan the route between the Atlantic and Pacific. When you tell them that you used to do it one way but on your current vessel you are not doing it at all (drills, training, maintenance, etc.) you set yourself up for failure. There’s a time and place for sea stories but the inspection is not the time or place. 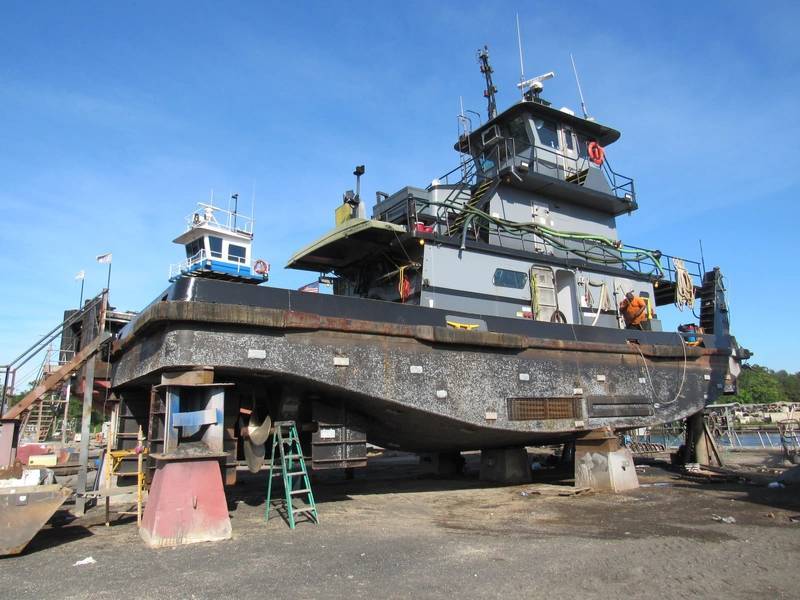 Looking ahead
If you own or operate a passenger vessel, I’d be wary of the SMS proposal making its way through the USCG for your industry. The NTSB is pushing the USCG, but the USCG already does a good job with passenger vessel inspections. Like everything else with government regs, a few high-profile accidents are going to cause a poorly thought out, knee jerk reaction by the USCG.

If the USCG wants an SMS system with TPOs to work, then they need to collaborate with the TPOs to create a system that functions. But they shouldn’t shove something down the throats of an industry that moves millions of people annually with very few issues, especially at a time when the industry is fighting for its survival.

This would be a very good time to hit the pause button.

Note: The opinions in this article are his alone and may not reflect the views of Marine News, its editors and/or publisher.