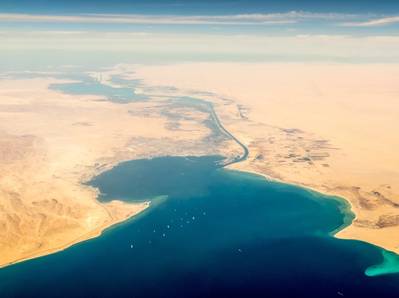 Marine traffic slowed in the Suez Canal on Tuesday as oil tanker M/T Rumford appeared to face difficulties in the south of the canal, shipping websites MarineTraffic and TankerTrackers said.

A trade source said that the canal notified companies that the M/T Rumford faced engine trouble in the canal and that it had sent tug boats Tim Hope and Mosaed 3 to its aid.

TankersTracker said on Twitter that the vessel had run into difficulty but is finally heading north again.

The Suez Canal Authority (SCA) told Reuters the issue had only lasted about 10 minutes and "was fixed".

The Panama Canal Authority (ACP), which manages the 82 kilometers long Panama Canal that connects the Atlantic Ocean with the Pacific Ocean…