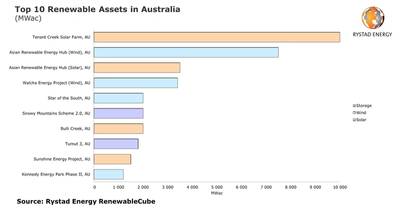 In terms of size, the only solar project of a similar scale in Australia is the Asian Renewable Energy Hub which plans to supply a regional load to the Pilbara region, as well as green hydrogen for both international and domestic markets.

Australia’s Northern Territory government is on board with the plans and an environmental approval application is in the works.

According to sources, the project would export electricity to Darwin and overseas to Singapore.

Sun Cable said that the transmission capacity would stand at 2.5 GW and power would be transported via 3,800 km of high voltage direct current submarine cables to meet 20% of the city state’s power demand.