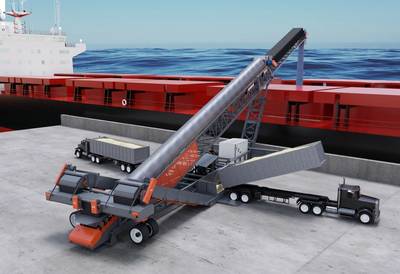 “Since expanding our TeleStacker Conveyor to marine-based applications in the early 2000s, we’ve collected hundreds of data points, design preferences and functional requirements from operators and engineers,” said Scott Gulan, sales manager at Superior. “We gathered all of their feedback and combined it with the knowledge we’ve gained to produce an impressive, multifunctional ship loading conveyor.”

Accordig to Superior, mobility is one of the most important functions of the new conveyor. All-wheel travel capability means moves are easy throughout confined quays and terminals including carousel, crab, parallel, inline and radial movements. Adjusting wheel positions takes less than a minute, which means moving from hatch to hatch or from storage to operation is easier and faster than ever. Many movements can take place during active material handling to maintain consistent feeding of the ship. 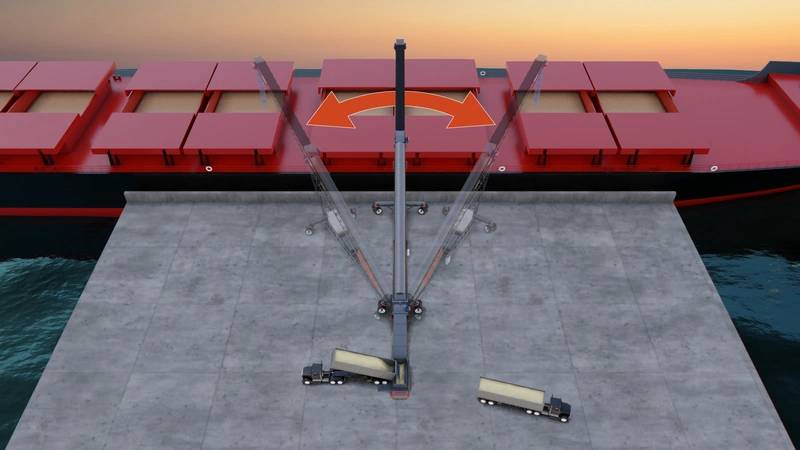 (Image: Superior Industries)The conveyor’s integrated truck unloading system enables a truck’s ramps, hopper and conveyor to all be connected to the tail end of the TeleStacker Conveyor. Owners and operators will eliminate double-handling and preserve material quality from bed of truck to hold of ship. The incorporated truck unloader is operated by the same power source, which lifts or lowers the undercarriage during transportation or adjustment of the truck target.

“Since the unloading and loading machines are one, they move and operate seamlessly and neatly,” Gulan said. “This greatly reduces all the time it takes for operators who historically managed the relocation of several pieces of gear.”

The Ship Loading TeleStacker Conveyor is best suited to load Panamax vessels and conveniently packages inside containers for overseas shipping. Models include units for both rear truck unloading and compact side unloading. The 170-foot-long (52m) conveyor’s belt is 42-inches (1,065mm) wide for production of up to 1,500 tons per hour (1,360 MTPH). 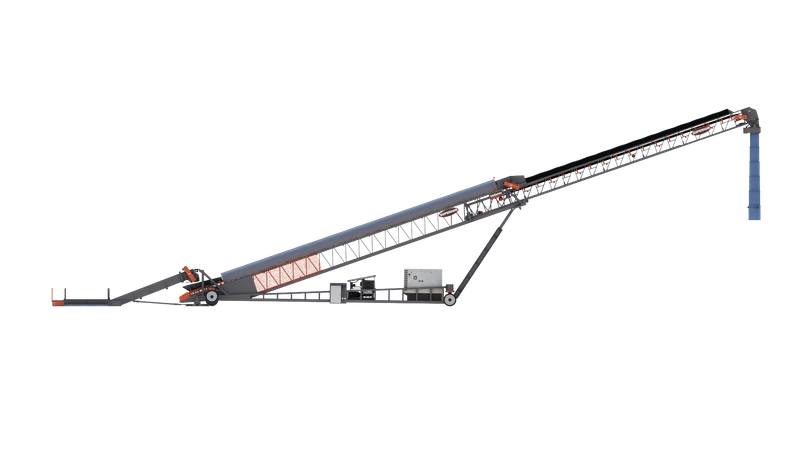