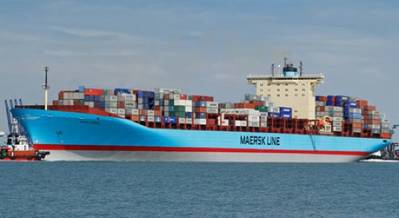 Maersk Line, Limited (MLL) wins two awards for its continued efforts to improve the environmental sustainability of its operations.

MLL received awards from the Chamber of Shipping of America (CSA) and the North American Marine Environment Protection Association (NAMEPA).

Thirty-nine vessels operated by MLL were awarded Certificates of Environmental Achievement from CSA at the Ronald Reagan Building in Washington, DC. To be eligible for the award, a vessel must have at least a two-year period with no reportable spills, no U.S. Coast Guard citations for violations of MARPOL, no port state citations for violations of MARPOL, and no violations of state/local pollution regulations. Admiral John P. Currier, USCG, Vice Commandant presented the certificates during the Chamber of Shipping 9th annual dinner award program.