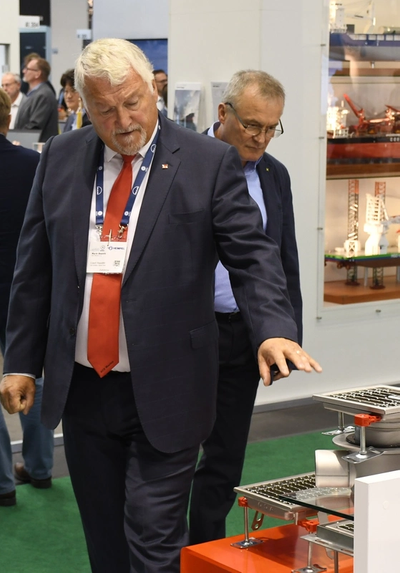 The importance of maintaining chemical toilets onboard ship has been raised following an incident in February onboard a Sydney Harbor-operating passenger ferry in which a high level of toxic gas was detected in a toilet cubicle after a passenger was fatally injured.

A 39-year-old passenger was found unconscious in a toilet cubicle aboard the Lady Rose and could not be revived by paramedics. While the reasons behind her death are unconfirmed, during the initial investigation HAZMAT crews detected hazardous levels of hydrogen sulphide gas in the toilet cubicle.

A New South Wales Police report stated: “Investigators were advised that several gas detection tests were conducted in a bathroom area of the vessel and were found to be in excess of safe operating levels.”

“This dreadful story serves to highlight the issues of poorly maintained chemical toilets and poor or obstructed ventilation in these small toilet cubicle spaces,” he said.

“Some small passenger vessels do not have installed treatment systems and therefore store wastewater in holding tanks, but if these are not regularly flushed and aerated then the contents can become anaerobic and generate lethal H2S gas.”

Hydrogen sulphide is a gas produced during the decomposition of waste. In modest concentrations of between 700 and 1000ppm it is toxic and can lead to sudden collapse and death, according to the Occupational Safety and Health Administration (OSHA).

Beavis believes one simple way of protecting passengers from the hazardous gases generated from untreated effluent is to ensure that all bathrooms and toilet cubicles are fitted with sensors.

“Sensors with integrated alarms on the bridge would allow for more immediate action in the event of any hazardous gas leaks and the integrity of the seal between the cabin space and the wastewater holding tank should be checked regularly. No doubt the enquiry will throw more light on the cause and effect of this case and whilst a biological treatment system would not be a practical solution for a day boat, better wastewater management practices are clearly required,” he said.